Monika Linton will take home the Foods & Wines From Spain Award, and there will be many interesting presentations and discussions with top chefs

San Sebastián Gastronomika, one of the world’s most important and prestigious food conferences, will run from October 2nd to the 5th and boasts an impressive line-up of speakers and a wide range of activities. This year’s theme is “United Kulinary,” and aims to show how Spanish cuisine is not only alive and well but also thriving beyond London.

The congress is supported by ICEX - Foods & Wines from Spain, and the schedule is chock-a-block with activities such as presentations by Lucía Freitas on cutting-edge cuisine, Ricard Camarena on efficient creativity, and also Nieves Barragán; a roundtable discussion entitled Spanish Gastronomy Culture in London, led by Quique Dacosta, José Pizarro, and Ángel Zapata. 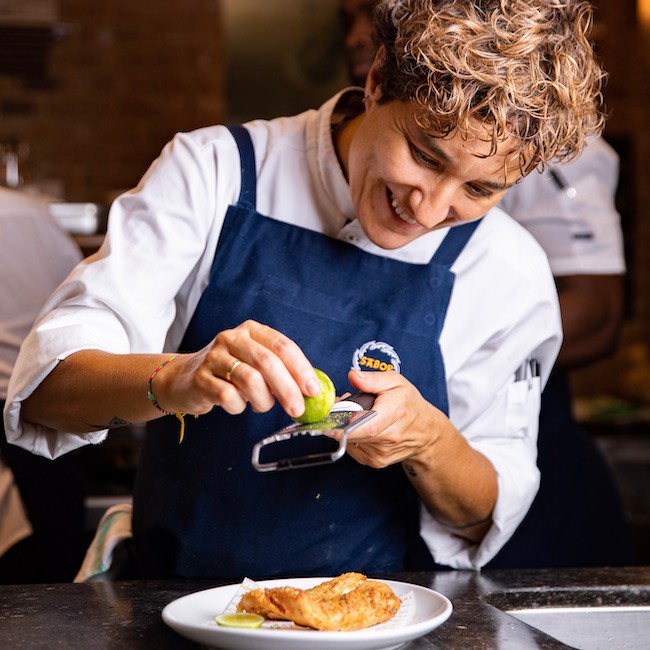 The Foods & Wines From Spain Award, which is sponsored by ICEX - Foods & Wines from Spain, will be presented as well, to Monika Linton, CEO of Brindisa. This distinction aims to recognize her for her commitment to promoting Spanish food and drink and their excellence and diversity in international markets.

Part of the goal of this year’s event is to further strengthen Spain’s culinary position in the UK. With this in mind, 10 journalists and 13 procurement managers from the UK will travel to San Sebastián to learn firsthand about the quality and excellence of Spanish products through special tasting and other activities. In parallel, an event entitled “Challenges and opportunities for Spain’s food industry in the UK” will be held on October 4th.  Participants will include representatives from Whole Foods, Food Matters, Iberica/Arros QD, and Eatable Adventures.

Among the activities in San Sebastián Gastronomika, there will be a round table about Spanish gastronomy culture in London with the participation of three of Spain's best known culinary representatives in London (José Pizarro, Quique Dacosta and Ángel Zapata) that will swap visions and tasks at a debate. Another highlight will be the presentation "Sabor by Nieves Barragán" in which this chef will explain the principles of the cuisine that have helped her make a name for herself on Great Britain's gastronomy Olympus.