Monika Linton: “Spanish rice, legumes and nuts are going to grow in popularity in the next years”

Monika Linton created Brindisa at the end of the 80s and was one of the first brands bringing Spanish products to the UK. The Foods & Wines from Spain Award recognizes her commitment to raising awareness about Spain’s gastronomic culture in the UK.

Brindisa shops and tapas bars have been serving Spanish food to British consumers since the end of the 1980s. Offering a journey for the senses, Monika Linton is the perfect guide. She thought that Spanish flavors could win over the palates of UK consumers, and she was right. For her invaluable efforts, Linton will receive the Foods & wines from Spain award at the San Sebastián Gastronomika conference. An enormous distinction for a titanic endeavor.

First of all, congratulations on your Foods and Wines From Spain Award! What does this distinction mean to you?

It’s amazing, isn’t it? It means the world to me because I’ve been working on Brindisa my whole life, since I was about 26. Spain has always been a part of my working life, since I finished at university, where I learned Spanish. Then I went to Spain and worked as a teacher, and then when I came back to England I started Brindisa. This award is so meaningful to me because I’ve been working on this project my whole life. It’s very special.

It’s like we planted an acorn years ago and it’s now this massive oak tree that’s doing really well. It’s healthy and growing. We didn’t expect that to happen really, because I started Brindisa in 1988, when Spain wasn’t a full member of the EU. It was quite difficult, from an administrative standpoint. During the last 35 years, lots of things have changed. It’s wonderful to receive the recognition and the appreciation. 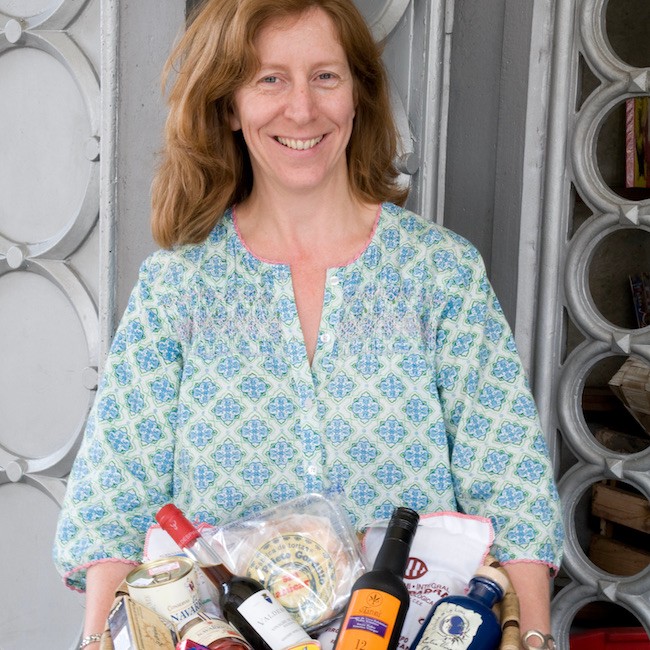 I see you’ve been truly interested in Spain since you were very young, but why food? There may be other aspects of Spanish culture that may interest you, so why did you focus on food?

I started learning Spanish really early on and we read a lot of Spanish books. And in some of those books, like Lazarillo de Tormes and El Buscón, they’re always on the lookout for chorizo or cheese. And, of course, Don Quijote is always trying to eat cheese… So those themes were always in those books that I had to read for school and university…

When you founded Brindisa back in 1988, how did British people perceive Spanish food at the time?

When I first started it, the British people found it very difficult to understand. It was unfamiliar; they didn’t know the names of anything. They didn’t really understand that Spanish food could be high quality. So in those really early days, it was very hard to sell.  I started with cheese. I was selling Spanish cheese in 1988, 1989, 1990 to British people and it was completely impossible. Some chefs would buy some cheese from me because chefs are much more adventurous than shopkeepers, generally.

What is the situation now?

The change has been amazing, absolutely incredible. There are a lot of people who embrace Spanish food. I like to think that is maybe because we started selling such incredibly good food at the very beginning, the very best you could really get.

The proof has always been in the flavors of Spanish food. Most of them are completely unadulterated, they’re completely pure because they’re very well made products and people taste that. And those are products that also reflect the skills of Spanish foodmakers. Often a maker will make the product even better than it might be. So a piquillo pepper, when it’s fresh in the market, is interesting, but when you get it in a tin and it’s been worked by the people in Lodosa who prepare it so beautifully, it moves to another level!

Has selling Spanish food become a profitable business model in the UK? And if so, what are the most profitable aspects?

It was definitely not profitable in the beginning! Now we’ve got an economy of scale, so we’ve got enough volume to keep the costs in check. With the popularity of some very obvious products, like chorizo, ham, or olives, then it allows you to bring in some of the other ones. You always have to have popular products, which sell in quite large volumes, to help us bring in the artisan products. 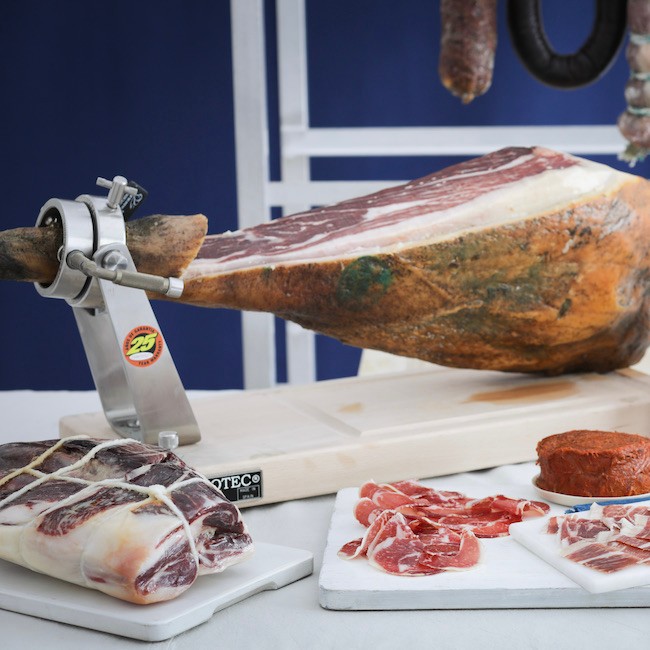 What are the best-selling products in the Brindisa deli?

Manchego cheese and ham are the top sellers, with chorizo and olives next, and then olive oil. And Ibérico ham, which is unique.

It’s a combination. Obviously now in Brindisa I’ve got teams of people; it’s not just me. I like to encourage them to go to Spain, to the fairs. So they go and look around. In my case, I’ve got so many friends, and I’m always watching social media, and I’m always discovering things through those channels. Whenever I come to Spain and meet up with friends, they always tell me about a new product they’ve tried and how I have to take it back to London with me. I get a lot of tips from friends.

What’s your most impressive recent discovery? Have you found something new that you haven’t experienced before?

I would say Rey Silo, an amazing cheese from Asturias, a more contemporary version of Afuega'l Pitu. Is really enjoyable. I always find it really surprising and exciting when someone takes an old recipe and improves it but still maintains its integrity, without losing the quality or losing the roots of the product. That’s really exciting for me.

The other thing I think is amazing is down in the south, in Andalusia, the mangos and avocados that are now growing there are great. And finally,  Galician seaweed. Portomuiños has been around for a while, but it’s completely unknown in the British market that Spain has seaweed that you can eat. That’s quite an exciting discovery that we hope to develop.

Over the last 35 years, interest in which Spanish food has interest by British consumers increased the most?

I would say anchovies, which are fascinating, and tuna. Although the British have always loved these products, I don’t think they realized there was as much choice and complexity. Now, we sell quite a lot of bonite del norte, atún claro, and some of our competitors bring in atún rojo… I think it’s really interesting that that kind of knowledge in Britain is growing. Tinned fish as a category is also evolving… What we brought over in the beginning was too much and now it’s never enough. People want more and more. Have you ever been surprised by a product that you never thought would be warmly embraced by British consumers?

One product that was surprising initially, though not as much in hindsight, was black pudding and how many variations of black pudding the English will respond to. We have about 3 or 4 types of morcilla and we could probably have more and people would still respond to them.

How do you expect Spanish cuisine to evolve in the UK in the coming years? Is here still scope for growth?

I think the foods that can be used in vegetarian dishes are going to grow in popularity. That means rice, legumes, and those kinds of ingredients will become more popular. And nuts as well. Spain should also continue to celebrate the pure ingredients. So you’ve got really good ingredients for people who can create their own dishes, mainly vegetarian. Spain can satisfy a lot of vegetarian demand.

What is your favorite Spanish food?

Sheep’s milk cheese is definitely my favorite. Queso de oveja de Castilla, from Zamora, La Mancha… If I had to pick a dish, it would be a rice dish: arroz a banda, arroz senyoret, or a simple seafood rice.