Romesco - The Spanish Sauce You Grind

Romesco, the pepper-and-tomato based sauce is Spain’s more elaborate answer to a pesto and it goes with everything savory. From humble beginnings to becoming a national treasure, let’s get to know romesco

To say romesco is just a sauce is to understate its significance. Hailing from Spain’s ancient Roman capital of Tarraco (modern day Tarragona), romesco is still ground with a pestle and mortar - and it goes with every savory dish. It has evolved from humble beginnings as a simple fisherman’s recipe to eat with the day’s catch - to becoming a national dish with its own annual gastronomy event. Romesco is readily served up on Michelin-starred menus around the globe, so let’s get in-the-know with this Spanish condiment!

The importance of each ingredient of romesco - ground to a pulp - is what makes this sauce so more-ish. The traditional recipe calls for dried ñora peppers (small mild red peppers), roasted tomatoes and garlic, toasted nuts such as hazelnuts or almonds, olive oil, salt, and pepper. Frequently breadcrumbs are added to thicken and sherry vinegar, for acidity. On occasion (depending on the recipe) it can also include aromatic herbs, such as fennel and mint. 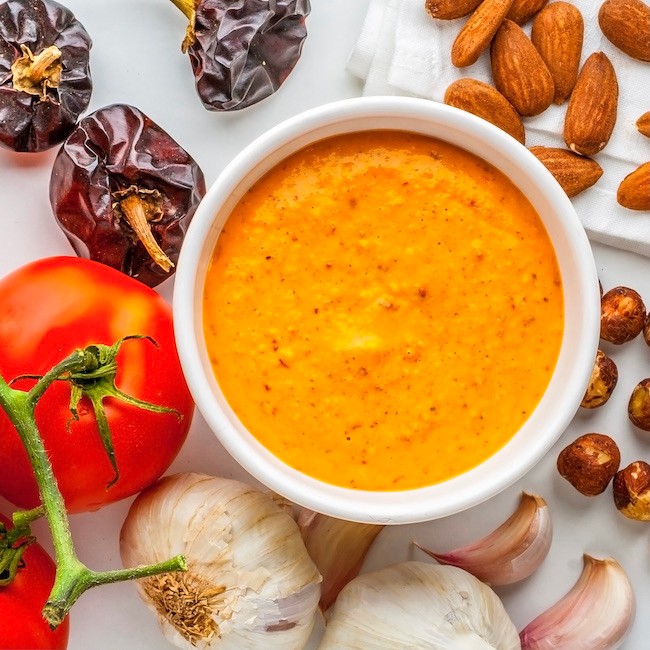 Born of the need to flavor seafood coming in from El Serrallo fishing neighborhood in Tarragona, the inland town of Valls is hailed as the birthplace of romesco. The sauce arguably dates to around the 18th century, when the tomatoes and peppers introduced from the Americas were integrated into the daily Catalan diet. In modern times, romesco sauce has become hugely popular worldwide. Entirely plant-based, it's right on trend now.

We can’t talk about romesco without mentioning Catalonia’s winter barbecue pastime - the calçotada. Every year, between late December and early April, the spring onion-like calçot is in season. Locals attend grill outs, either in BBQ spots or at masias (farmhouse restaurants). In the city, you’ll find the revered vegetable in restaurants with wood-fired ovens. The calçots are grilled black, the skin removed and then dipped into… you guessed it - romesco sauce. They are normally served with butifarra sausage, pan con tomate and a glass of cava too.

So celebrated in its home community, romesco has its own pairing festival with another native product - the Macabeo varietal of wine. Each fall season, chefs across the Tarragona region offer their own take on the famed sauce, using it in dishes to pair. 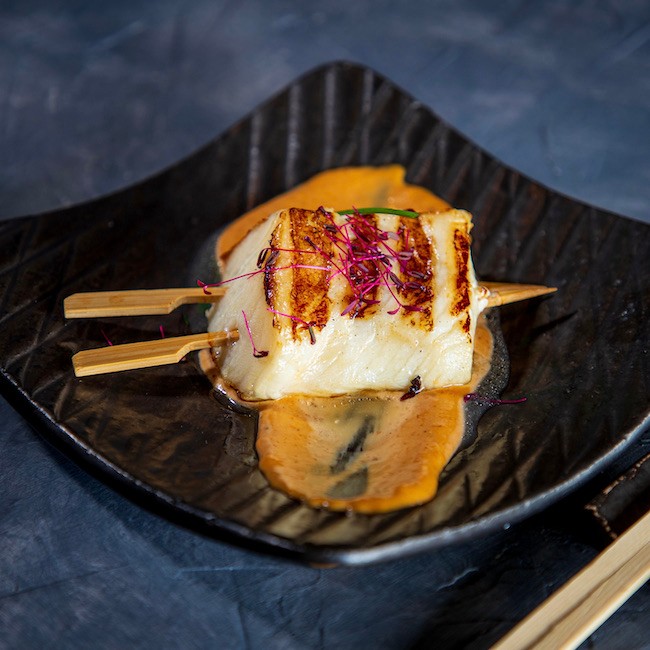 Over in London England, Chef Gordon Ramsay serves romesco with Cornish turbot and zucchini, and in the Boqueria restaurants of New York City you’ll find it slathered on a grilled chicken sandwich. The winning features of romesco sauce are that it’s easy to prepare and it’s so versatile - use it as a cooking sauce, a dip or a topping for meats, eggs, on a burger - you name it, it’ll taste good with romesco!