No Limits - Creativity Takes Over At Madrid Fusión 2023

Innovation and the exploration of new paths took center stage on the first day of the event, which also saw massive turnout

At the 2023 edition of Madrid Fusion Alimentos de España, entitled "No Limits," it seemed logical that Andoni Luis Aduriz, chef of two Michelin-starred Mugaritz (San Sebastián), would kick off the event. For his restaurant, which will celebrate its 25th anniversary in 2023, breaking boundaries has always been its philosophy. The chef summarized in just half an hour the creative milestones from his career, based on the evolution of a concept and the succession of connecting ideas, not unlike communicating vessels. "When we're creative, things don't always turn out well, but the good news is that sometimes we create things that are different," reflected the Basque chef.

Creativity and its processes were also the focus of the presentation by the chefs from Disfrutar (Barcelona): Oriol Castro, Mateu Casañas, and Eduard Xatruch. They start from a place of knowledge to build their creations in an experimental and different way. They are always tenacious and hard working. Joan, Josep and Jordi Roca took over the stage to continue talking about the avant-garde, in their case under the meaningful name "New Horizons:” there’s no one better than them to bear witness to a path in haute cuisine that began more than 30 years ago and continues to advance with no signs of stopping. In their presentation, they continued to support the concept of "cooking the landscape" by taking advantage of all the elements at their disposal, and they presented Esperit Roca, their project that reinterprets landscapes through alcoholic beverages, such as the surprising carob brandy.

The commitment to breaking the mold continued with a presentation by chef Ángel León, from Cadiz, who's capable of shocking the auditorium every time he speaks. On this occasion, the "Chef of the Sea" focused not only on the least popular fish but also on offal, a forgotten product from the sea. León surprised the audience by turning all of the products that ended up in his restaurant's garbage into sweets, including moray eel skin and invasive algae.

More roads to travel: fish maturation, fermentation, and the reuse of ingredients to achieve zero waste: all on the first—and surprising—day. 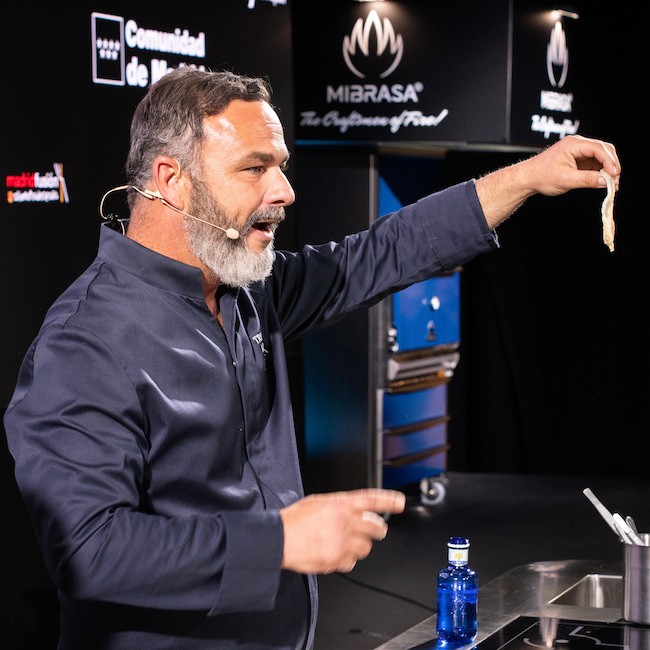 Exploration and innovation in wine

Research and knowledge were also at the forefront of the inaugural day of The Wine Edition Wines from Spain. Pedro Ballesteros, who is a Master of Wine and the first in Spain to obtain this distinction, led a round-table discussion with the participation of "terroir explorers" from different areas of Spain who discussed what the great wines of the coming years will be like. "Fine wine is the result of many explorations: that of unknown territories, that of different terroirs within the same territory, that of the microbiota and soil biology, and that of oenology itself," Ballesteros explained at the beginning of his presentation.

In the afternoon, the Copa Jerez took over the central space of The Wine Edition with the four finalist restaurants from Spain this year: Atrio (Cáceres), Ambivium (Peñafiel, Valladolid), Casa Marcial (Arriondas, Asturias) and Slow&Low (Barcelona). "Copa Jerez is an international gastronomic pairing competition that has driven trends and innovation, creating synergies and making Jerez part of gastronomic history," said Josep 'Pitu' Roca from the audience in an impromptu interview. 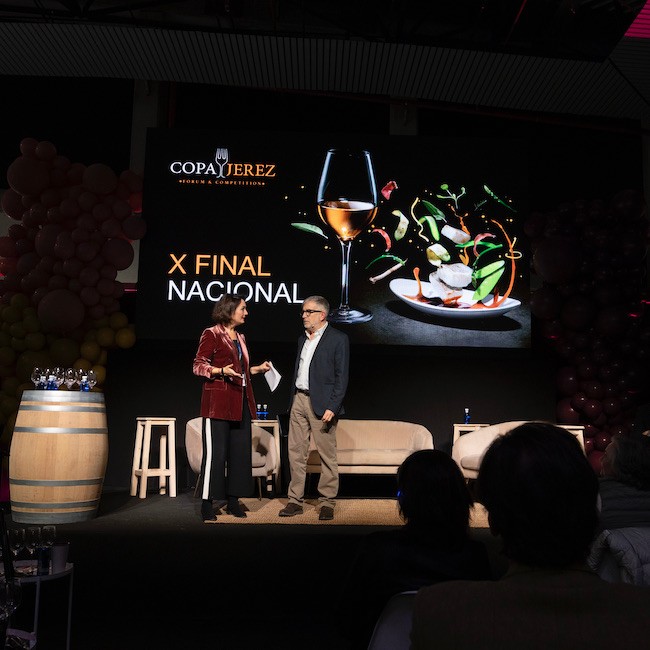 Competitions, from the best escabeche to the best croquette

The first day of Madrid Fusión also included the usual competitions, which are some of the most popular activities at the conference. The competition between escabeches, an ancestral technique that's back in vogue, was won by Víctor Infantes, chef of Ancestral (Illescas) with his dish consisting of frogs' legs in a clay pot, for which vegetables are cooked for a long period and smoke is used.

In the Iberian ham croquette competition, the winner was the team from the Ababol restaurant (Albacete), led by Juan Monteagudo, a young chef who won his first Michelin star just couple of months ago. In his case, he mentioned his grandmother, mother, and chef Miguel Carretero (Santerra, Madrid), also a winner in the competition, as the people who helped him perfect his recipe.