Consumers are increasingly opting for foods and beverages that, in addition to providing satisfaction and pleasure in eating, also offer health functions or benefits. To meet this demand, entrepreneurs and large industries are in the need of innovating and producing certain functional foods

Today, technology in the food industry is an essential part of food production processes. As food is becoming more wellness-oriented, consumers are increasingly opting for foods and beverages that, in addition to providing satisfaction and pleasure in eating, also offer health functions or benefits. To meet this demand, entrepreneurs and large industries are in the need of innovating and producing certain functional foods that have specific health attributes through new technologies such as cellular agriculture, fermentation and artificial intelligence.

Functional foods are foods that stand out for providing a beneficial effect on health, beyond their basic nutritional value. These foods themselves contain functional ingredients which are bioactive compounds that can be used in isolation during the development of functional food products.
The bioactive compounds can be obtained from a variety of sources, such as primary products, byproducts from common natural foods, marine sources, microorganisms, and inorganic raw materials. 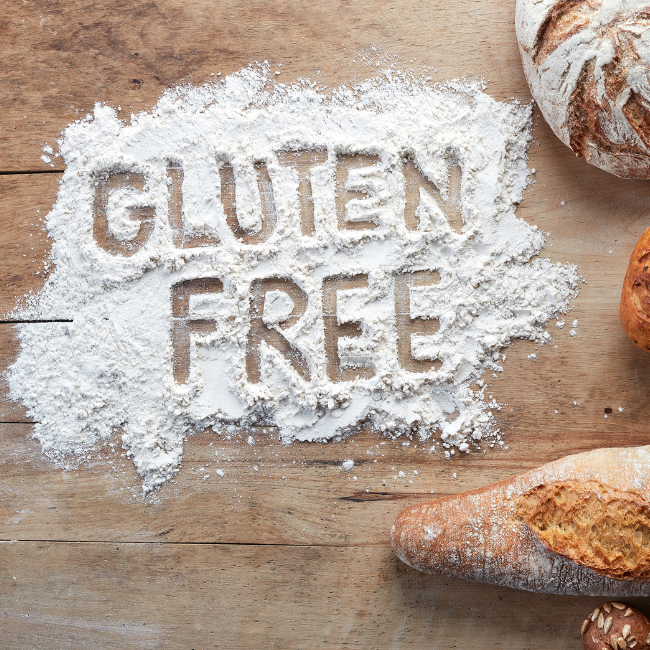 When developing functional foods or ingredients, there are numerous challenges which must be considered to make sure the compound doesn’t suffer any transformation or degradation during the process. Here is where technology plays an important role, helping overpass these challenges and making the most out of each ingredient.

The technologies applied in the production of functional foods and ingredients are very wide-ranging because of their application in all stages. From obtaining the bioactive compound, formulating the product with new ingredients, to later processing the food product, in each of these steps, innovative technology can be used to enhance the results and meet the consumer demands.

New Technologies that enable the production of new functional ingredients

Nowadays, technology is more than capable of producing highly functional performance ingredients, which are being used as additives, nutrients, sweeteners, flavor enhancers, or even nutritionally important components as protein or lipids. The objective in the food industry is to be able to produce healthy and appealing food products in the most sustainable and effective way possible. Regarding this objective, thanks to research and innovation, we have many new technologies applied to the production of new foods and ingredients in our favor. 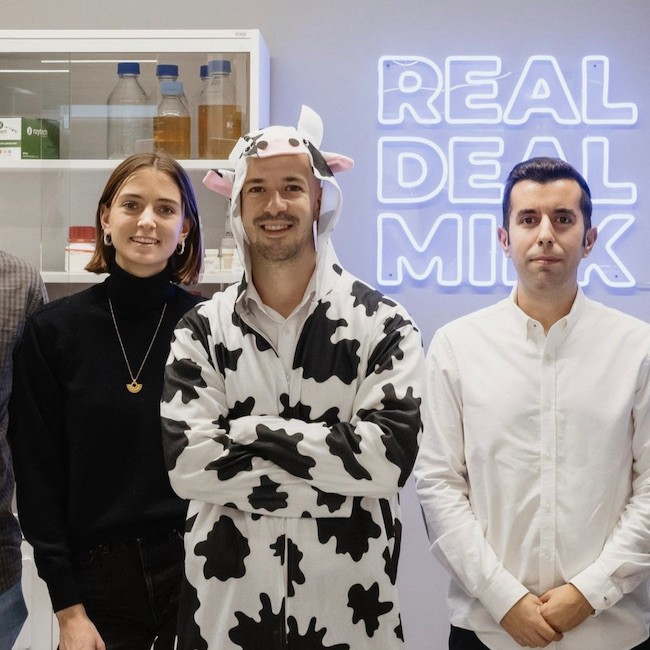 Cellular agriculture can be used to create from single ingredients to whole foods. In this matter, there are two kinds of agricultural products derived from cell culture: acellular products and cellular products. In acellular agriculture, it harness the specific microbe to produce a certain protein or components and purify it from the cell mass and culture media, containing no cellular or living material in the final product. Enzymes are the typical acellular product that has been used in food manufacturing for a long time. Nevertheless, this technique has recently been used to produce new functional ingredients normally derived from animal sources, for example casein, omega 3, ovoalbumin, or heme, but without the need of using animals during the production process.

For instance, the Spanish startup Cubiq Foods, is developing the first cell-culture platform to produce high-quality Omega-3’s in a sustainable, and scalable way.

On the other hand, cellular products are made of living or once-living cells. Take for instance the use of cultured plant cells as fresh food, such as cultured spirulina, or the use of microbial organisms for single cell protein production, such as cultured meat, or fish. The Spanish based company Biotech Foods is producing cultured meat based on tissue growth by in vitro cell culture processes, which is the process by which cells are grown outside of their natural environment (no animals required).

It is important to notice that precision fermentation plays an important role in this a/cellular agriculture food production process. This technology enables large-scale production of these functional ingredients. The host, (being the specific microbe, cell, fungi or yeast) is cultivated in fermentation tanks where it produces the desired component in large amounts. The specific component is subsequently separated from the host cells and purified. The resulting product is the same as in the original animal-derived product and will exhibit substantially equivalent sensory and functional characteristics in foods in which it is incorporated. 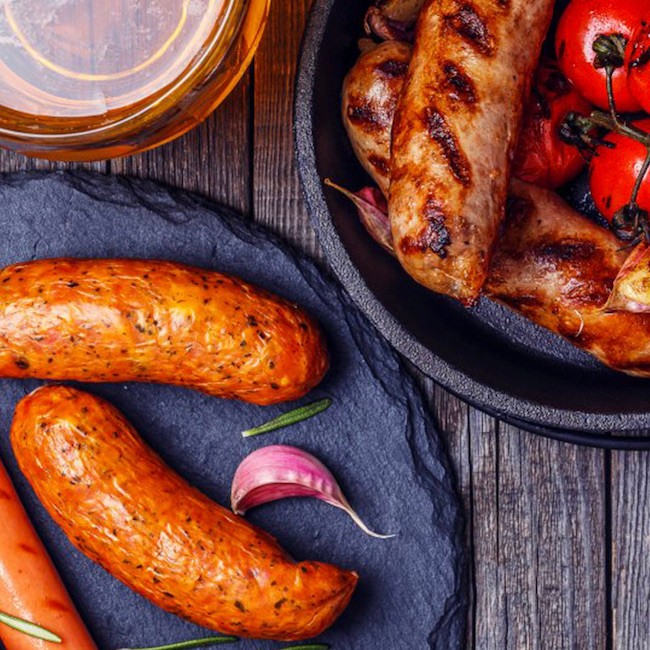 For example, when it comes to animal-free dairy, precision fermentation produces bio-identical milk proteins like casein or whey, without the need of animals. It first encodes milk protein DNA sequences into microorganisms previously mentioned, and then submits it to the fermentation process. During this process, the unique microbes produce ingredients (e.j proteins or fat) identical to those found in the animal's milk in this case. These ingredients are filtered into pure isolates to further use them in different alternative dairy products such as cheese, yogurt, ice cream, protein powders, or by themselves.

In this matter, the Barcelona-based startup Real Deal Milk is working with cellular based and precision fermentation technologies to produce casein and whey, the proteins found in milk. This allow the company to offer dairy products like cheese, ice cream and milk, without the need of animals during their production.

The way food is developed is changing dramatically, making it essential to adapt quickly in order to be competitive in the marketplace.
Consumer taste and knowledge is evolving faster and faster, therefore companies must adapt in a more agile way. Technology solutions are being offered at both the corporate and small business levels to help businesses adapt quickly to changing consumer tastes.

Artificial intelligence, which englobles data management and collection of data from different devices (IoT), allows to carry out the product development in a much more effective and reliable manner. This translates into a reduction of time and failed launches, reducing companies’ costs in the development of new products. 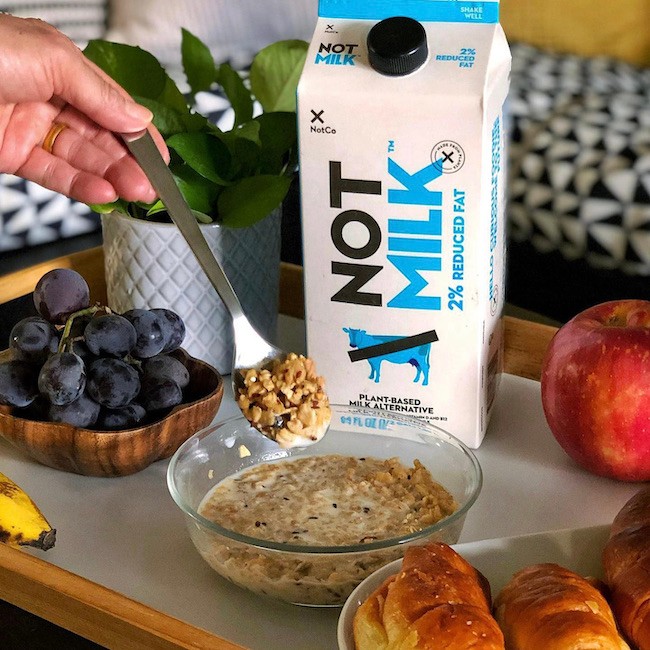 The advent of artificial intelligence is allowing scientists to find molecular similarities between foods that humans would have never imagined, for instance, a similarity between pineapple and cow milk. By using this information, food formulators are able to recreate new foods or new ingredients without the need to use animals.

There is a growing number of startups in the biotech and computational biology fields that are hunting down the next plant-based protein, super cultures for fermentation, and bioactives hidden in plants, and a few, like NotCo, have achieved unicorn status because of their disruptive innovation and future potential.

With these disruptive and well-oriented technologies, companies are increasingly integrating ingredients and technologies from a variety of production platforms (plant-based, fermentation, artificial intelligence, or cell culture).

The Spanish-based company, MOA foodtech is combining fermentation and artificial intelligence to transform waste and by-products of the agri-food industry into a ''next-generation protein '' with high nutritional value and 100% sustainable.

Also, the Spanish company Bread Free is combining biotechnology and artificial intelligence to manufacture gluten-free wheat flour suitable for celiac people. Their products are 100% sustainable as they incorporate by-products from the agrofood industry to revolutionize the gluten-free diet.

The bioprinting technology addresses a major pain point of structured plant- and cell-based meat production methods: scalability. Texturing the meat produced by cell culture and fermentation techniques is a challenge to address. Here is where bioprinting enters the game.

Looking a step forward, bioprinting, combined with AI, has the potential to play a key role in the production of personalized food products. 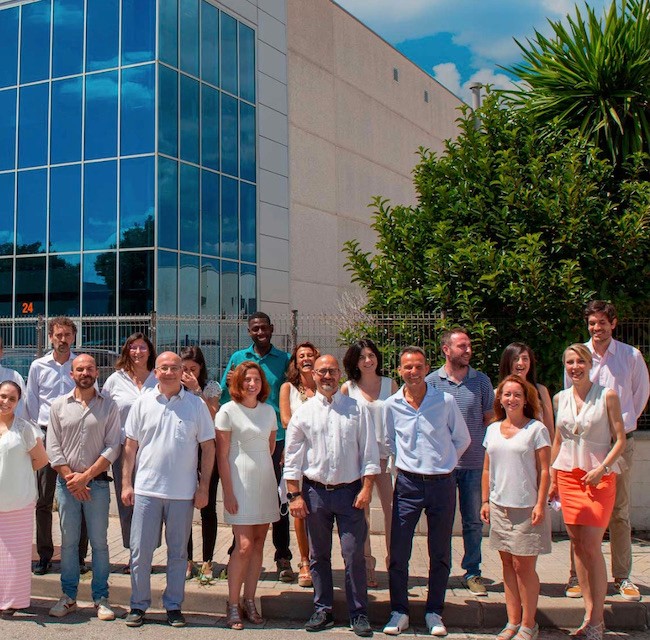 Personalized nutrition is still a challenge to be carried out. With the growing consciousness among consumers, people are demanding food products to be tailored made to them specifically, referring to personalized nutrition. This can be used to enhance an individual’s health, but also to improve their wellbeing by matching a diet to a certain lifestyle or fitness goals, taking into account individual genetics, preferences, and daily habits.

The companies in the sector are trying to get to know the consumer, adapting to consumer demands by acquiring/investing in new functional ingredients.
It is important to approach this segment as a long-term development, as it requires scientific knowledge, trust, as well as consumer confidence and adaptation.


Additionally, supplementation and fortification is a big market in the health and wellness industry. There is an increasing demand for easy and affordable ways to get nutrients into consumers' bodies. The working population around the globe is struggling to fulfill the dairy nutrient requirements due to work schedules, on-the-go lifestyles, but also, current soil health and medication intake, makes us more prominent to be nutrient deficient. Therefore, supplementation nowadays is vital, and the industry is expected to innovate and meet the consumers demands. R&D departments are constantly researching discovering new functional ingredients and new ways of commercializing them.

For instance, Ingredalia, an innovative technology-based company based in Navarra, Spain, develops and markets natural functional ingredients developed from vegetable by-products from agri-food companies, mostly canning and freezing operations.
Their first products derive from the revaluation of by-products generated during broccoli processing, which can account for more than one third of field production.

Also, Nucaps is a European company based in Navarra, Spain, that offers a new encapsulation technology for the industrial development of nanocapsules and biocapsules for bioactives and probiotics. In line with personalized nutrition trends, Nucaps' technological capabilities enable them to customize products and adapt the technology to an infinite number of substances and applications.

With consumers increasingly making food choices based on sustainability, edible insect protein is having an opportunity to expand its customer base.

Besides being more resource-efficient, insects are made up of 60% protein (more than chicken and beef), and have high levels of iron, zinc, and vitamin B12. The commonly used insects in food tech are meat worms, black soldier fly, crickets, and grasshoppers.

In the last decade, the insect industry has grown worldwide, making many entrepreneurs and companies join the movement and produce insect-derived food products.

In Spain, the startup TEBRIO, formerly known as MealFood Europe, was created in 2014 with the objective of being the leading global industrial company in the manufacture and supply of sustainable and innovative products from the insect tenebrio molitor. They aim to consolidate the transition towards a green economy throughout the value chain. The company possesses a diverse range of products oriented to various sectors, from agriculture, to pet food, and human consumption.

On the other hand, another novel ingredient that is rising in the food market is algae. Algae is known as one of the world’s first organisms, yet they are currently revolutionizing the industry.

There are mainly two types of algae, macro and microalgae.

Firstly macroalgae, commonly known as seaweed, can be harvested naturally in the oceans or grown by aquaculture. They are commonly high in protein, reaching up to 47% of protein of their net weight, comparable with animal proteins or isolates.Secondly, microalgae which are single cell algae, and are typically grown in freshwater tanks, but they can also be produced by cellular agriculture as we previously mentioned. The most common species in the market are Spirulina and Chlorella, each containing around 50 - 70% protein.

Multiple benefits and positive impacts regarding sustainability support the growth of the algae market, for example seaweed has shown to be carbon negative because it absorbs dissolved nitrogen, phosphorus and carbon dioxide directly from the sea. Also, as it is a plant-based source of protein which contains all the essential amino acids, it makes it a great candidate for use in health-promoting foods, drinks and dietary supplements without ingredients of animal origin.

Many entrepreneurs have been taking the path and dedicating their professional lives to algae. Some Spanish startups in this spectrum include Good Cubes which produces frozen spirulina cubes, which compared to dried spirulina, fresh spirulina has no unpleasant taste or smell, and contains more nutrients. Also, Eat & Green a Madrid-based company is commercializing a high-quality spirulina, using specific and innovative techniques for its extraction. The well known spanish brand Baia Foods also include algae based products in their portfolio, such as spirulina, or a mix of ingredients, including spirulina, targeting a specific functionality in one’s health.