The second day included presentations by some of the big names at this edition of Madrid Fusión Alimentos de España. The Wine Edition today was unique, featuring tastings with chocolate, sweets, and signature desserts.

Packed in like sardines. That would describe Dabiz Muñoz's highly singular presentation, for which the chef from DiverXO (Madrid) attracted a very large crowd in the conference's auditorium. Muñoz answered questions from the audience on a wide variety of subjects, some comments perfectly portraying his personality as a chef. "The only way for me to keep taking risks is to look for new challenges to keep moving forward," he declared, while announcing additional locations for his two restaurants in Madrid, DiverXO and StreetXO, and the opening of a third locale, RavioXO. The latter is a tribute to DiverXO's 15 years in business focused on "pasta, and dumplings, with a broad interpretation, from China, Italy, Spain, and Argentina." Muñoz explained that he still has "many dreams to achieve in the kitchen," and said that, five years from now, DiverXO "will look little or nothing like the current version." Muñoz's presentation was followed by an inspired Quique Dacosta, who presented some of the most representative techniques from his three Michelin-starred restaurant in Denia (Alicante), from bluefin tuna kombucha to cacau del collaret stew, made with peanuts native to Valencia.

This edition of Madrid Fusión Alimentos de España will also be remembered for the focus on avant-garde Danish cuisine. Rasmus Munk, chef at Alchemist, gave a presentation on his holistic cuisine and acted an opening act for René Redzepi (Noma), the best chef in the world in 2021 according to The World's 50 Best list. Redzepi discussed the meaning of avant-garde cuisine with Antoni Luis Aduriz, the chef from Mugaritz (San Sebastián). "When our work is no longer questioned by anyone, it will all be over," reflected Redzepi, a statement with which Aduriz agreed. Both agreed that Noma and Mugaritz seek to open "new paths beyond the expected." The discussion was the prelude to the presentation of the European Chef of the Year Award, which went to Redzepi, who offered kind words and recognition for brothers Ferran and Albert Adrià "for the culinary revolution they started with elBulli." 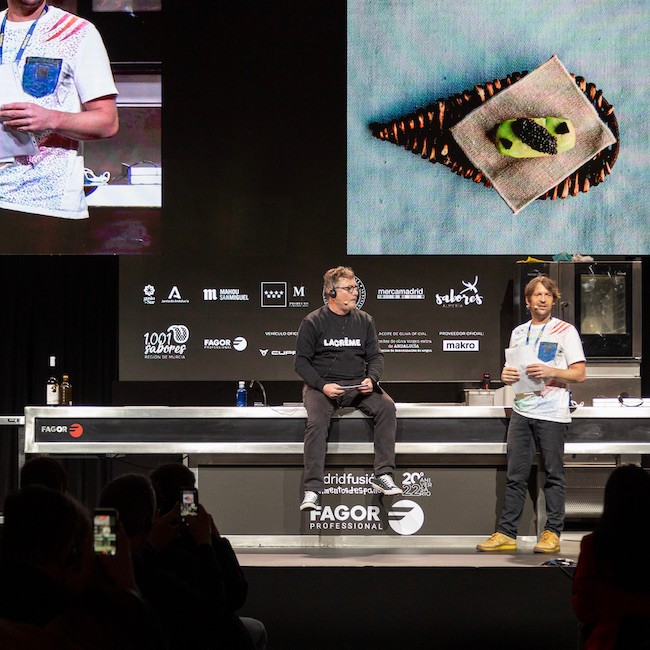 The Wine Edition Wines from Spain: pairings with sweets and truffles, and natural and village wines

At The Wine Edition Wines from Spain, the day was noticeably sweet. In the first session in the morning, Sarah Jane Evans, Master of Wine, won over the audience with a tasting of "Spanish wines that work very well with chocolate," which did not include any sherries. There weren't any sherries in the afternoon session by former elBulli sommelier Ferran Centelles, Albert Adriá, chef Jordi Butrón from Espaisucre (Barcelona), Fátima Gispero, who was named Young Pastry Chef of the Year at Madrid Fusión 2021. They demonstrated the pairing possibilities of wines such as fondillón and ice wine with desserts. Previously, truffle expert Javier Acedo and Raúl Igual (sommelier at Yaín restaurant in Teruel) had explained the particularities of the different types of truffles and their possible pairings.

In the morning, natural wines were discussed at a roundtable discussion led by American author and journalist based in Barcelona, Matt Goulding. Santiago Lastra and Anthony Gopal (chef and sommelier, respectively, at Kol restaurant in London), Rafael Peña (Gresca restaurant in Barcelona), and Daniel Ochoa (Montia restaurant in Madrid) discussed the possibilities of wines that are different and that allow for more complicated pairings. 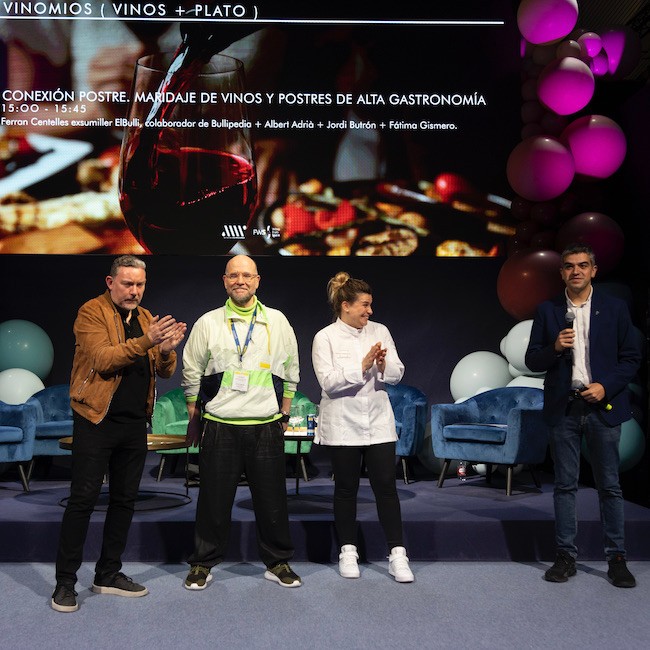 The session continued in the afternoon with a blind tasting by Andreas Kubach, Master of Wine, on the personality of villages as the expressive core of all great beginnings: the clearest demonstration that uniqueness begins not only with what is "local," but also with what is "hyperlocal." 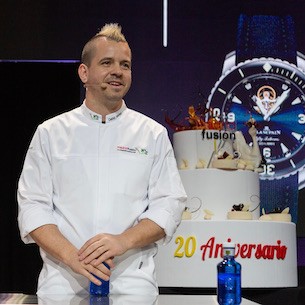 VIEW ALL
Where we are
Spain Food Nation