The History Behind Canned Food: a Delicious, Versatile and Healthy Way to Eat at Any Time

Canned food is a delicious, versatile and healthy way to enjoy a meal at any time of the year. We enjoy sardines, white tuna, octopus, piquillo peppers and many other can-ripened products thanks to the highly refined way the food is cured and preserved in the cans.

The origin of canned food dates back to the Napoleonic wars. In the XIX century, Napoleon Bonaparte was on a Russian campaign when a famine threatened his troops. The difficulty of getting food caused Napoleon to offer a reward of 12,000 francs to anyone who “found a method of keeping food in good condition for a long time”. In 1803, Nicolás Appert, a French researcher, was able to preserve food by heat in hermetically sealed containers, thus obtaining the reward.

During the war the need for food preserves increased exponentially. History states that Spain’s first encounter with canning fish arrived in 1940, in the form of a French shipwreck off the coast of Finisterre in Galicia. In the north of Spain, they had already developed preservation techniques, like salting and smoking, but it was from that fabled event, where the first fish canning technique was identified and led to a factory being created. With time, the Spanish industry produced Europe’s first canned food products. 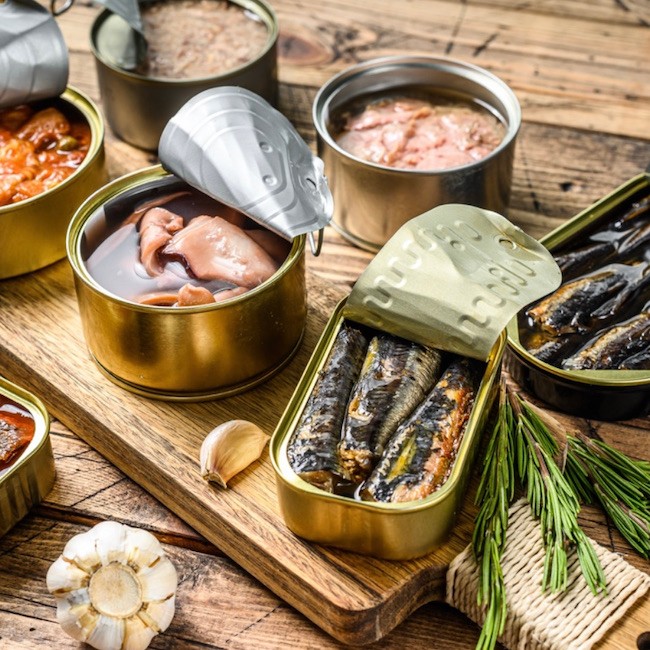 However, over the past decade, people have made the mistake of associating canned food with an unbalanced diet. This myth is far from the truth. In Spain and Portugal, they see cans as small packages of gold —not only because they are a unique delicatessen that can be enjoyed all year, but also because they contain many healthy properties. Whether it's tuna, salmon or sardines, canned fish has high levels of valuable omega-3 fatty acids and vitamins such as D and B2.

Why not enjoy some sardines with a slice of bread and a nice glass of Verdejo?

If you would like to purchase some quality canned foods from Spain visit La Tienda.