Through these still wines, winemakers want to express the nature of the albariza soil and the Palomino Fino grape

For many wine enthusiasts Jerez, the home of Sherry, is associated with long-established winemaking traditions with remarkably old wines underpinning some of its most prestigious offerings. But change is in the air. In 2021 a comprehensive review of DO regulations for Jerez and Manzanilla-Sanlúcar de Barrameda gave formal recognition to the region’s white wines thanks to the incorporation of unfortified wines.

Some producers refer to Jerez’s unfortified white wines by the traditional name of vinos de pasto* (table wines), a description which featured on wine labels in the 19th century. These were typically young wines enjoyed with food.

Moving to the modern day, white wines are seeing renewed interest from producers throughout the region at a more prestigious level. The wines share certain elements in common with their fortified cousins i.e. albariza -the chalky soils characteristic of the vineyards of Jerez- soils, indigenous grapes (notably Palomino Fino), winemaking techniques such as barrel fermentation and flor -a layer of yeast sediment which forms above the wine in certain styles of Sherry- influence. Asoleo, the process whereby grapes are dried in the sun to achieve more intensity before vinification, is also used by some producers for their white wines. 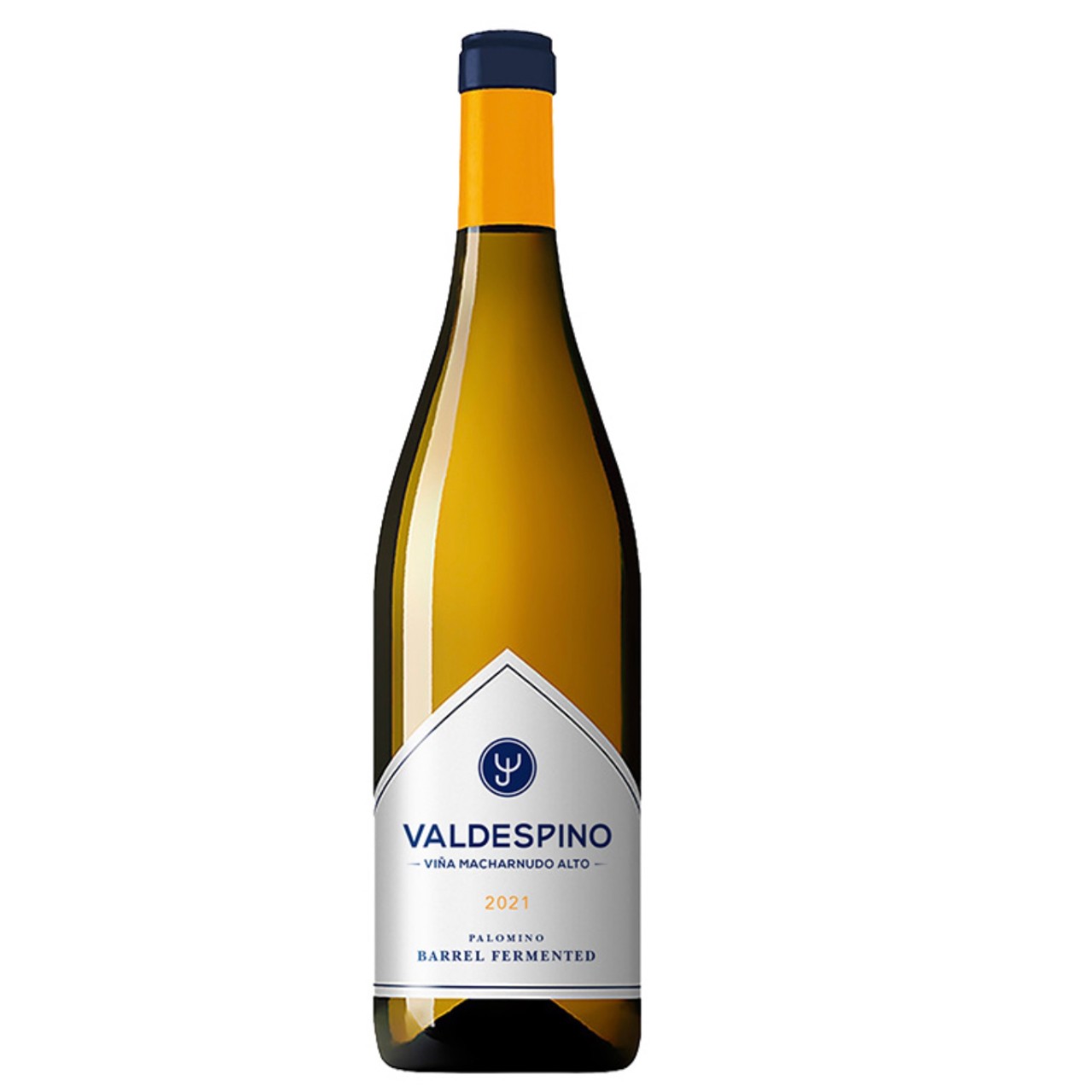 The unknown side of Palomino

Grupo Estévez, the parent company of Valdespino, is no newcomer when it comes to white wine production having offered young, unfortified wines from its estates and pagos for the local market for many years. More recently it has created a single vineyard wine - Valdespino Viña Macharnudo Alto, a barrel-fermented Palomino wine. This wine, now in its fourth vintage, is fermented in sherry casks before aging on the lees for four months and typically has an ABV of 12.5%.

Ignacio López de Carrizosa explains why Valdespino created the wine: “The idea is to show the character and finesse of the wines made in this iconic pago (Macharnudo) complementing and contributing to our Valdespino Macharnudo single vineyard Sherries (including Fino Inocente, Amontillado Tio Diego and VORS Palo Cortado Cardenal). We are trying to communicate how elegant and complex the wines made in this pago can be even when produced as still wines.”

Valdespino Viña Macharnudo Alto was launched with the aim of attracting both Sherry lovers and wine connoisseurs and giving more focus to “a different wine from Palomino, a relatively unknown and rare varietal,” he adds.

The wine’s compatibility with food, notably intensely flavoured fish and shell fish, makes it an attractive proposition to accompany a wide range of cuisine styles and although production is only 6,000-8,000 bottles the wine can now be found in 15 export markets including the UK.

Bodegas Luis Pérez, a relatively young bodega founded in 2002, saw the potential to offer higher quality white wines around 10 years ago and now offers a selection ranging from 10-60 euros including El Muelle de Olaso. For Willy Pérez the wines are “easier to enjoy in a restaurant and support old sherries at the top of the pyramid.”

“We are not looking for a fruity wine but a style that expresses the calcareous sensation of the albariza and the pago -a defined vineyard area similar to a French cru-. Every producer prefers a style. At 7 or 8 months, a Palomino wine loses the primary fruit and that is when the calcareous magic truly arrives”. 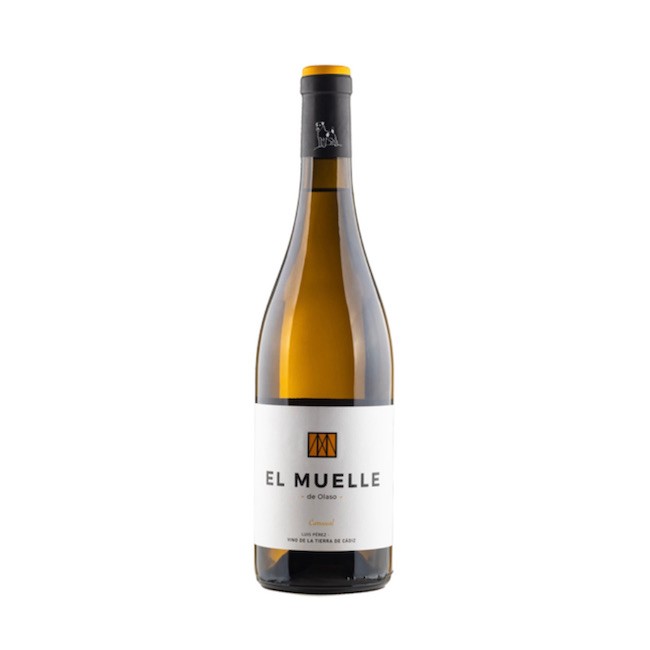 Interestingly the winemaking approach at Bodegas Luis Pérez varies according to the pago of origin, as Pérez explains: “Macharnudo is an inland pago famous for structured wines and asoleo. We also use asoleo in white wines in other interior pagos to achieve mouthfeel.” But for wines from the coastal pagos asoleo isn’t part of the winemaking process as the aim is to offer light, saline wines sharing similar traits to their Manzanilla cousins.

Pérez is keen to stress that whether wines ferment in Sherry casks or stainless steel the ultimate aim for all white wines is to offer finesse.

The Sanlúcar-based Bodegas Barbadillo was the first bodega to market a white wine produced from Palomino back in 1975 and has been keen to build a reputation for both fortified and unfortified wines. Since 2014 the producer has developed more sophisticated wines including Ás de Mirabrás, which is aged in fermented in stainless steel, and Mirabas which is fermented and aged in old sherry casks. The producer also offers two organic white wines: Sabato is made from vineyards located in Sanlúcar while Patinegro comes from fruit sourced from both Sanlúcar and Trebujena. Indeed this steadily growing category should help the understanding and appreciation of the different areas of the Jerez region and the incredible versatility of the Palomino Fino grape variety. 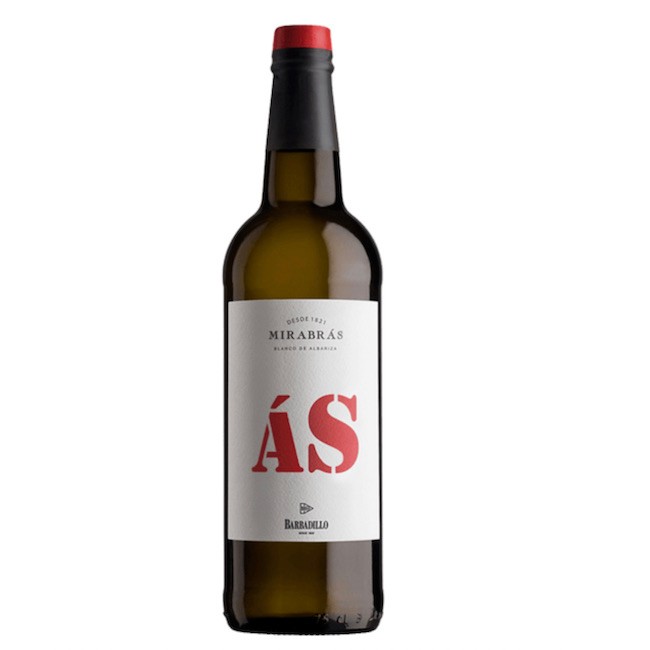