Historically, cheeses of all kinds have been made in Spain, but none more so than sheep cheeses. And while Spain’s most famous cheese remains in the top spot, a breed of new cheesemakers is redefining sheep cheeses across the country. 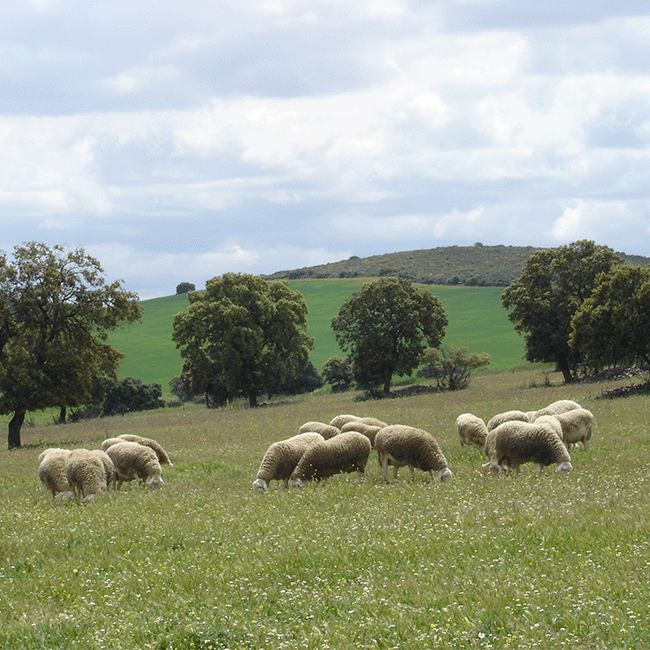 Spain’s climate and landscape lends itself to a bounty of magnificent foods – olive oil, produce, fish, meat, and wine among them. It is from that same land, a place where cows, goats, and sheep have roamed for thousands of years, that an entire industry has emerged. That industry? Cheese.

Maybe it’s the dance of the tiny crumbles that fall from my knife as I cut into a one-year old Manchego. Or maybe it’s the aroma of nuts and hay and sheep all balled up into one transcendent breath. Or it could be the wisp of smokiness from the silken Idiazabal, the gamy deliciousness of the Roncal, the citrusy finish of the Manchego or the mushroomy essence of newcomer El Abuelo Ruperto, but with their rustic yet modern nature, Spanish sheep cheeses are experiencing a resurgence, and we cheese lovers are all the better for it. Spanish sheep’s milk cheeses, Manchego and otherwise, comprise the bulk of all Spanish cheeses exported to the United States – about 90 percent – and make up about 30 percent of total Spanish cheese production. Within Spain, Manchego has a market value of about €68 million, while the second best-selling cheese, the cow’s milk cheese Arzúa-Ulloa, has a value of €22 million, just one-third the value of Manchego.

But Manchego has a bit of an identity problem. It’s often inadvertently genericized by consumers to mean any similar Spanish cheese. Spanish cheese expert Enric Canut explains there are other cheeses such as Zamorano and Castellano, both made in the Castile-Leon region, that look like Manchego because of the cross-weave pattern on the rind and the wheel size but are, in fact, different cheeses despite their common sheep’s milk origins.

Manchego, which falls under the category of Protection of Designated Origin or DO, may only be made in the Castile-La Mancha region and is made exclusively with the milk of the Manchega sheep. Zamorano is also a DO cheese, but most people would be hard-pressed to explain the difference given the fact they’re from adjacent regions and look similar, Zamorano’s black-colored rind notwithstanding.

There’s an upside to Manchego and Manchego look-alikes, though. Canut says this blurring of identity has motivated newer cheesemakers to make sheep cheeses that are entirely different. They do this partly to distinguish their cheeses but mostly to introduce new styles and flavors to the relatively untapped new-style sheep cheese market.

Queso Ruperto, from the heart of Murcia 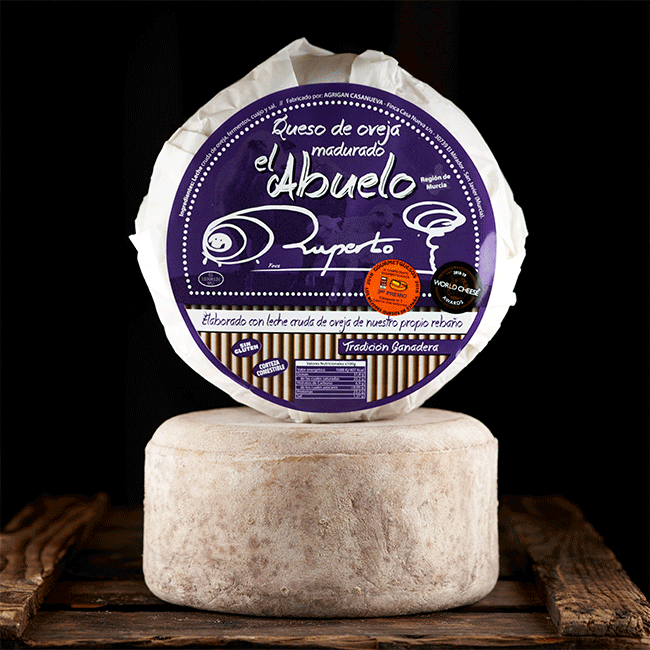 One such cheesemaker is 30-year old Llorema Madrid Zapata, co-owner of Quesos Ruperto in the Murcia region, an area better known for goats than sheep. Llorema explains that despite the goat focus in the area, her family has had sheep for over 100 years, and given that, she wanted to create new and unusual cheeses. She switched sheep breeds to the more productive Lacaune sheep and now milks 2,000 ewes from a flock of 4,500. With just four employees, the company makes four Ruperto cheeses. Among those is El Abuelo (“The Grandfather”), a semi-hard raw milk, natural rind cheese that melds together flavors of nuts, pineapple, butter, mushroom, and mustiness to create a long and complex finish. Llorema recommends wine with her cheese, preferably red. Monastrell from the Jumilla region in Murcia is a natural choice. A somewhat less well-known Spanish sheep cheese is actually Spain’s first cheese to receive the Protected Designation of Origin. Called Roncal, it is made in Navarra in the foothills of the Pyrenees and utilizes the raw milk from Laxta and Aragonesa sheep. Its reddish-brown natural rind visually depicts its rusticity, while its flavors are a bit gamy and savory with a very pleasant hint of butterscotch. The texture is somewhat crumbly yet also smooth. Given Roncal’s understated power and elegance and despite its status as one of Spain’s most heralded sheep cheeses, it is a cheese that still has plenty of discoverable opportunity.

Also from the Navarra Mountain area and also a DO cheese, the raw milk Idiazabal parts ways with other sheep cheeses because it is smoked over wood. With its silky texture, buttery flavor, and just a hint of smoke, the Idiazabal made by the Alain brand in particular is a stellar example of how rustic can turn refined in the hands of a great cheesemaker. Pair it with a Spanish onion chutney, and the smoke, spice, and vinegar make a compelling combination. Put it all together into a grilled cheeses sandwich? The best tapa you’ll ever have.

Pasamontes Manchego - a jewel in the crown

The King of Spanish cheeses, Manchego, should not be underestimated. There is still a cadre of artisanal Manchego makers residing in central Spain’s Castilla La Mancha region making this extraordinary cheese using traditional methods.

Among those is María Dolores Pasamontes whose namesake cheese, Pasamontes Manchego, just won Gran Selección – the equivalent of Best in Show – in a highly competitive Manchego competition held in October. “Best Manchego” among all Manchegos is quite the distinction. Knowing the cheese’s story and, of course, tasting it, underscores why.

María Dolores is fourth generation in her Manchego-making family, her grandmother having taken her own parents’ fledgling sheep cheese business and commercialized it. This included bestowing the family name on the cheese. Today, Pasamontes Manchego spins out 28,000 wheels of raw milk Manchego or about 80,000 kg (approximately 176,000 pounds) each year. “Raw milk,” which, on a Manchego, is labeled artesano, is key because Manchego may legally be made with raw milk or pasteurized. Few producers are making it with raw milk any longer, but smaller artisan producers like Pasamontes continue with the traditional method in order to achieve the full expression of the Manchega sheep’s milk used to make the cheese. For Pasamontes Manchego, that translates to an earthy, slightly sheepy, savory and tangy spectrum of flavors. The Pasamontes curado or one-year aged version called Oro translates to gold, which is entirely fitting.

Despite Americans’ proclivity toward pairing cheese with accompaniments, María Dolores is quite clear that Oro is meant to be enjoyed on its own, perhaps with a glass of wine alongside. The cheese, she says, speaks for itself. Indeed.

A New Age Of Maturity For Spanish Cheese