Traveling Around Spain to Understand its Desserts

Exploring Spain's confectionery world is an overwhelming endeavor due to its richness and variety. Every city, area, and province has its own sweet specialties, which is not surprising since Spain is a major producer of flour, almonds, milk, eggs, and honey—the most common ingredients in all of those recipes.

Spanish sweets are the result of the fusion of confectionery traditions of the Christian, Arab, and Jewish cultures that coexisted in Spain for centuries, to which a fundamental ingredient was added: chocolate from America.

Some of these sweets are associated with certain times of the year, with Christmas being the period when most of them are in the spotlight: turrones, polvorones, marzipans, and roscones de Reyes are typical throughout Spain, and although they're mainly consumed at this time of the year, many of them are available year-round. This is true, for example, at Ibérica in the UK and its online store. 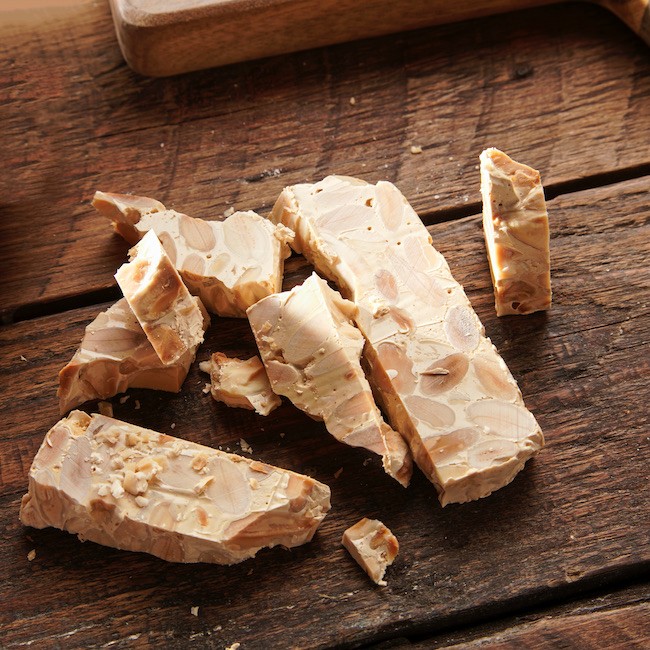 Traditional nougat is mainly made with honey and Marcona almonds, the most highly prized of its kind in confectionery. The most famous turrones are made in Alicante and Lleida provinces, although very good turron is produced all over Spain. In addition to the traditional styles, innovation is ongoing, allowing for exotic ingredients such as pistachios and coconut to be added to the mix.

Spain is the leading producer in Europe of honey, which is a premium quality product backed by various designations of origin and protected geographical indications, such as DO Miel de la Alcarria and PGI Mel de Galicia. The latter can be tasted at Tomiño restaurant, in New York, on top of filloas (similar to crepes). This restaurant is certified by Restaurants from Spain for the use of Spanish ingredients in its Galician-style cuisine.

The capital of marzipan, made from almond paste, is Toledo. It's a dough that allows confectioners to give free rein to their creativity and shape a wide variety of figures, almost always inspired by Christmas.

The most famous polvorones are from Andalusia, although bakeries producing delicious ones can be found elsewhere in Spain. Polvorones are small, lightly compacted cakes made with flour, almonds, lard, and sesame.

The roscón de Reyes is a circular-shaped cake decorated with candied fruit and filled with cream. It's eaten at the beginning of the year and is intertwined with Epiphany: it's decorated with a crown and small surprises are hidden inside that children love to try and find. This cake is featured on the menus of many Spanish restaurants in the UK at the beginning of the year.

During Carnival, typical sweet dishes include Galician filloas, honey pancakes from the Canary Islands, and Asturian casadielles, filling bakeries with a sweet smell. Torrijas, made with slices of bread, milk, sugar, cinnamon, and honey, are typical during Easter and are popular across the country. So are buñuelos, which have different fillings—cream, chocolate, etc.—depending on the area where they're eaten. At Tatel restaurant in Beverly Hills (USA), torrijas are on the menu, which is one of the reasons that it has the Restaurants from Spain seal, certified by ICEX in the United States.

At Easter, in Catalonia and the northern part of the Mediterranean coast, monas, which are buns with a whole boiled egg attached, are often topped with Easter-inspired chocolate figures, such as bunnies and chicks. Madrid celebrates its patron saint San Isidro in May, when bakeries are filled with rosquillas (similar to doughnuts) with different sugar glazes. 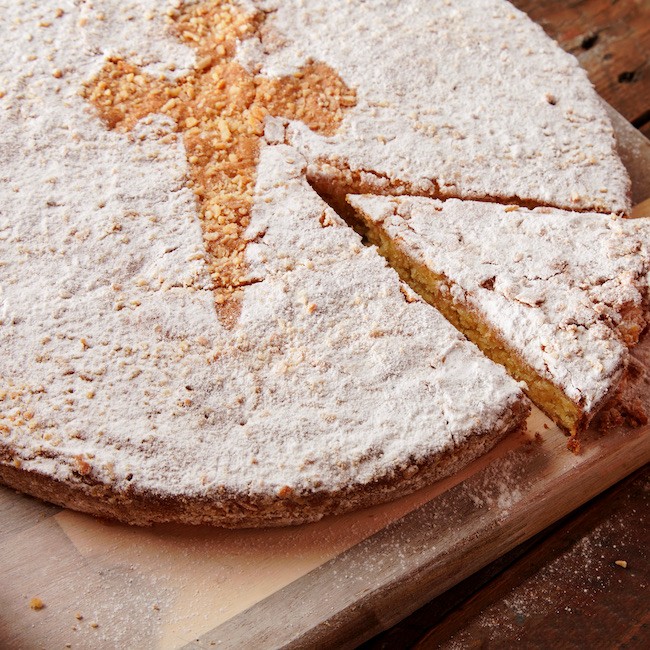 Also in Catalonia, when deceased family members are celebrated during All Saints' Day, almond-based panellets abound. Meanwhile, huesos de santo are the sweets eaten during this solemn festivity in the rest of Spain.

Texture is one of the distinctive qualities of a number of Spanish sweets. The best pastry shops know the secret to achieving a unique texture that is highly valued when we put a sweet in our mouths. It happens, for example, with the butter puff pastry typical of Cantabria; its crunchy sensation when you bite into it is part of its charm.

The Mallorcan ensaimada is a very recognizable dessert throughout Spain, given its large size and the peculiar texture of its classic filling: "angel hair," a poetic name that refers to the sweet pumpkin jam in Spain.

Extra virgin olive oil, of which Spain is the world's largest producer, is used in some sweets that are closely linked to olive-growing areas. This includes Andalusian tortas de aceite, often made with aniseed and whose crunchy texture is achieved through frying. Beautifully wrapped in parchment paper, they're another iconic Spanish dessert available in many parts of the world.

Basque tejas are also crunchy. These cookies are baked and left to cool on a curved surface, which gives them their distinctive shape. In contrast, tortas de Alcázar have a very soft texture and hail from the land of Don Quixote de la Mancha. These dry sponge cakes are made with egg, sugar, and flour; have a flat, circular shape; and are lightly glazed. In Extremadura, figs dipped in chocolate are common, as this fruit is abundant in this region bordering Portugal.

Very local, lesser-known sweets also deserve to be mentioned, especially those made with vegetables. This includes crespillos from Aragón, (borage leaves fried and dipped in honey) and paparajotes from Murcia (fresh lemon tree leaves coated with sugar and cinnamon).

Speaking of textures, the pastel ruso, made in Alto Aragón, is a standout. It's airy dough is made from hazelnuts, almonds, egg white, and praline foam. The texture of the yolk of a single egg brushed with sugar and lemon produces a very particular sensation on the palate, and there are no other ingredients in the very famous Yemas de Santa Teresa from Ávila.

It's only fair to mention here the efforts to preserve traditional Spanish sweets by cloistered nuns in religious convents. They are guardians of secular sweet recipes and take special care in preparing them. Monastic confectionery is one of the most highly valued in Spain for its ability to maintain traditional flavors. 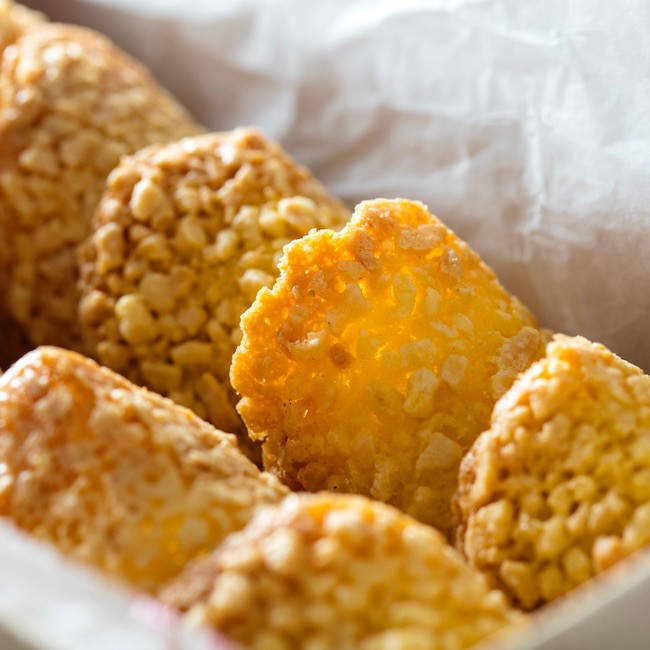 Milk and almonds, the main ingredients

Cantabrian cheeses are a good example of the quality milk that can be found in the area. Curds, flan, and cheesecakes are also much more common in the north of Spain, where the weather is cooler and rainier and cows abound. It's definitely worth trying the cheesecakes at ArrosQD restaurant, in London as well as what is known as Basque burnt cheesecake, available at Mercado Little Spain in New York.

A very iconic and international dessert is Torta de Santiago, made primarily with Marcona almonds. Its finished with powdered sugar, outlining a cross, which is its hallmark. Torta de Santiago is available in hundreds of Spanish restaurants in Spain and around the world, although it originally hails from Galicia.

Certain sweet wines have such strong flavors that they become a dessert themselves. This is true of the muscatels and Pedro Ximénez from Jerez and Montilla Moriles, in Córdoba. Wines with powerful nuances that have a special place on the menus of Spanish restaurants at home and abroad. One example is the dessert wines available at Pizarro in London, a restaurant that has also been awarded the Restaurants from Spain seal promoted by ICEX. 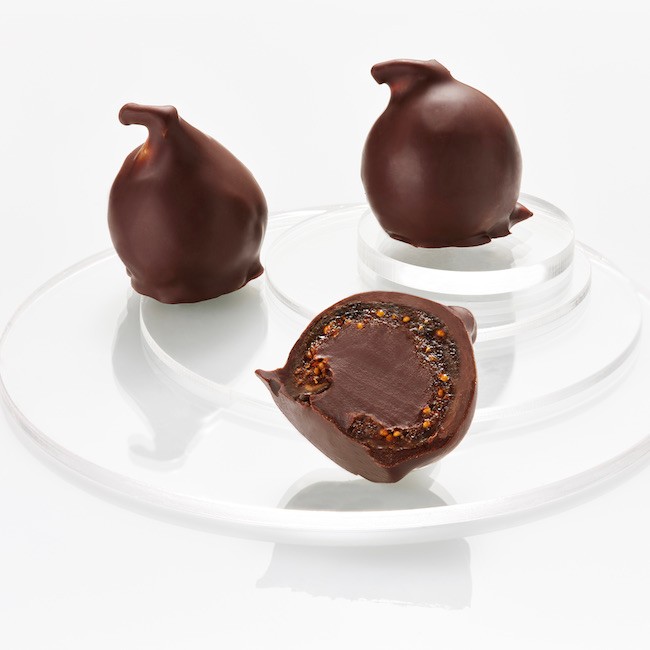 Coca, the Ancient Flatbread that is Spain’s Best Well-Kept Secret