Brighter eyes and shinier scales are a tell-tale sign that the fish on sale in supermarkets are part of a new approach to fishing in Spain. Anyone looking to buy sea bream, bass or corvina, three of the most popular seafish in Spanish homes and restaurants along with octopus and shellfish, should look for these clues. They show the fish is fresh and has been caught no more than 24 hours before it goes on sale.

Fish caught in this way is the product of sustainable aquaculture, which guarantees that the fish is raised in a better way for the animal, the environment -  and the consumer. Otherwise known as marine fish farming, aquaculture has attracted the support of five companies in Spain who operate under the umbrella body of the Spanish Aquaculture Producers Association (APROMAR). In 2015, Apromar created the brand Crianza de Nuestros Mares (Grown in Our Seas) to distinguish its three species of fish on sale in the fishmonger or at the supermarket, from others on sale which might have been harvested in Turkey or Greece. 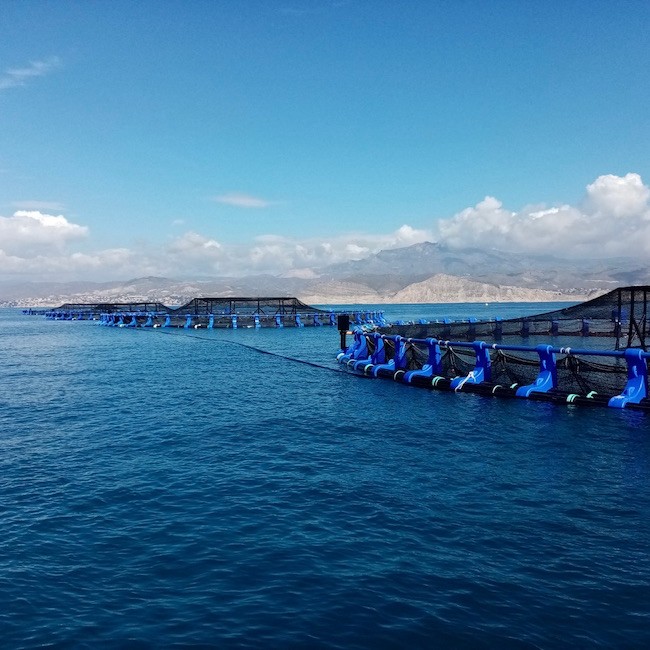 The organisation uses a label, which has a flash of yellow and red to represent the Spanish flag, to show shoppers which fish have been reared in Spanish coastal areas. Crianza de Nuestros Mares also wants to offer consumers a guarantee that the fish have a controlled diet which makes them as healthy as possible once they finish up on your plate.

All its fish farms are located in the waters of the Mediterranean and in the seas of the Atlantic Ocean off the Canary Islands. This means that the fish can be shipped anywhere across the Spanish mainland or the islands within a day to go on sale in a fish market or a supermarket. The practice contrasts with that used by large Spanish fishing fleets which operate all over the world and freeze their catch before bringing it back to port to be processed. Fish caught in this way may not make it to market for two or three weeks. “What is important is the freshness of the fish. It means that it comes from our seas and that it is following the European food standards,” said Garazi Rodríguez, head of production and marketing of the Association of Spanish Aquaculture Producers. 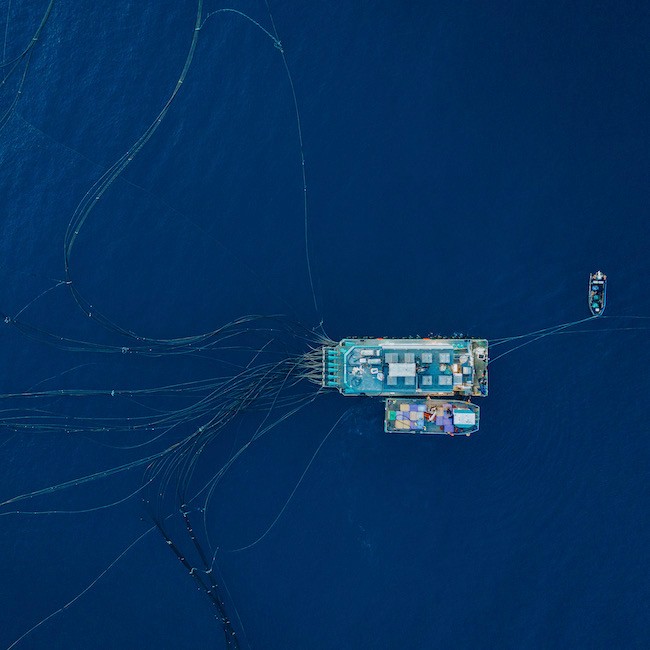 Sustainable aquaculture, a trend on the rise

What is happening in Spain, mirrors the vast expansion of sustainable aquaculture around the world. Worldwide, over 77 million tonnes of wild fish and shellfish are caught every year. About 42 per cent of the seafood which is consumed is now being supplied by aquaculture, according to the Ocean Foundation, a conservation organisation. Ms Rodríguez said that the fish is the most efficient farm animal. “The fish invest more energy for growing than a terrestrial animal as they do not need energy to regulate their own body temperature, they are called homeotherms,” she said. Homeotherms, like fish, keep their bodies at a constant temperature. “Water in an aquaculture farm is not used for consumption as in a terrestrial farm. Furthermore, aquaculture is the farming activity with the lowest carbon footprint,” said Ms Rodriguez. She said that the users of Crianza de Nuestros Mares label are audited by the local and national authorities but also by an external auditor, Bureau Veritas which checks that the farms conform to the quality standards of the brand.  Their inspectors carry out some surprise inspections.

Eduardo Soler, of Avramar, one of the major fishing companies involved with Crianza de Nuestros Mares, said aquaculture was more sustainable than other methods of agriculture because fishing companies could closely control the diet of the fish.  “We can make sure that the fish are getting unsaturated fats like Omega 3 and Omega 6 and other vitamins. This is passed through to the consumer,” he said. 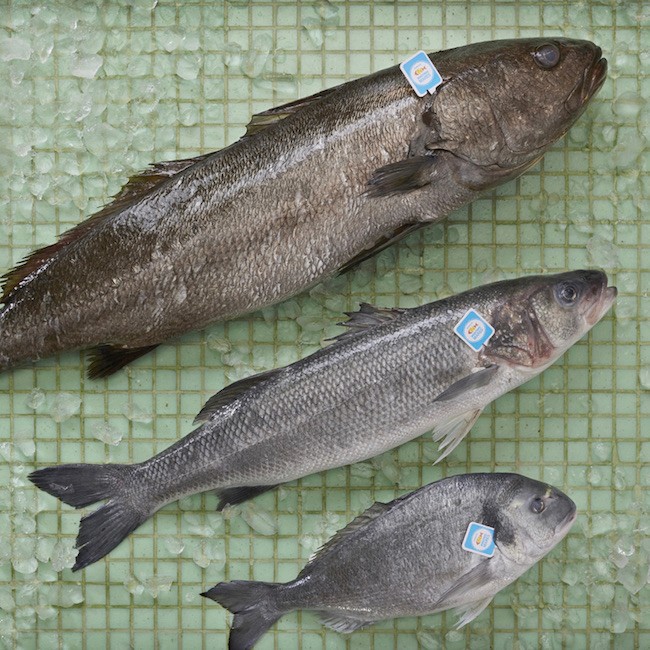 Nowadays, many consumers are concerned about the Anisakis simplex worm, which is a parasite which can cause serious infections and allergies in humans who enjoy eating raw or undercooked fish. However, freezing before cooking the fish will eliminate the worm but if the recipe requires a non-frozen fish, like sushi or sashimi, aquaculture fish ensures that the fish is totally safe as the production cycle is controlled by European Union regulations.
In humans it can cause an allergic reaction or a condition caused anisakiasis. It is found in cod, haddock, fluke, Pacific salmon, herring, flounder and monkfish. In the U.S. there are only 10 cases reported every year but it is more common in Japan where sushi is part of the national diet. Anisakis is not found in sea bream, sea bass or corvina in aquaculture. Soler said as fish farms were in the sea, they had much lower carbon footprints than conventional farms on land. Also, he said sea bass and sea bream produced 3-4 kilograms of CO2 per every kg of each fish. In comparison, chickens produce 4-5kg of CO2 per kg of poultry, pigs produce 6-10 kg of CO2 per kg of every animal and cattle produce 30-40 kg of CO2 per kg of each cow. The figures come from the Food and Agriculture Organisation of the United Nations, the Global Salmon Initiative and Apromar. So, the next time you are shopping for your dinner in Spain, look into the eyes of the fish if you want a better meal - not just for you but for the planet.