The gastronomic conference maintained the momentum from the first day with several big events, from Dabiz Muñoz to Spanish chefs around the world

Once again, the day arrived for star chef Dabiz Muñoz to present at Madrid Fusión Alimentos de Espana. And, once again, the auditorium was too small. The chef took the stage to "spread the wings" of his creative universe and share his philosophy, which has become established in an increasing number of restaurants, such as RavioXO, which obtained a Michelin star the year it opened.

In addition to the big names, the second day of the conference also saw the presentation of the Restaurants from Spain certification, which seeks to recognize authentic world ambassadors of Spanish cuisine. Elisa Carbonell, Director General for the Internationalization of Business at ICEX, said that the seal "has reached cruising speed and is already internationally recognized." 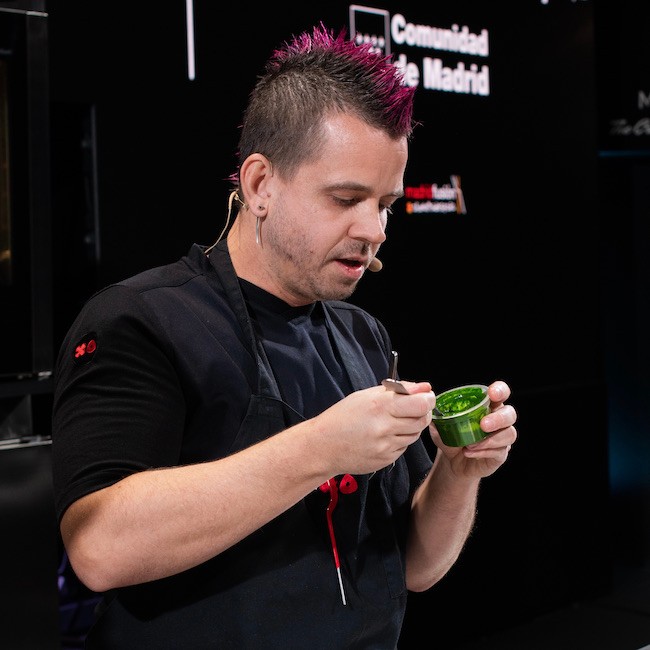 The auditorium also connected with some of the world's most distant cuisines, such as that of Poul Andrias Ziska, chef at Koks** (Tórshavn, Faroe Islands), who is currently offering his menu at a temporary location in Greenland. The Mil experience, from Peruvian native Virgilio Martínez, his wife Pía León, and his sister Malena Martínez, in the Andes, was also highlighted. Once again, Madrid Fusión functions as a connector with faraway places through the universal language of gastronomy.

Emotions and discoveries at The Wine Edition Wines from Spain

"Wine has the capacity to exalt, admire, and bring us closer to the myth. It's not necessary to make the best wine in the world; it's important to be authentic," explained Josep Roca during the master tasting entitled "A Furtive Tear: The Music of Wine”. The sommelier from El Celler de Can Roca once again gave a master class on a magical day at The Wine Edition Wines from Spain, the conference dedicated to wine.

In another of presentation, Master of Wine Fernando Mora highlighted the value of granite soils, until now forgotten by winemakers as ideal for the production of great wines. "There's a tendency to consider wines made from vines planted on granite soils as particularly fine and elegant wines," said Mora. Juan Luis García, sommelier at Casa Marcial (Arriondas, Asturias), revealed to the attendees the range of wines from this region of northern Spain, which are practically unknown, and presented cider as an alternative for pairings in haute cuisine. 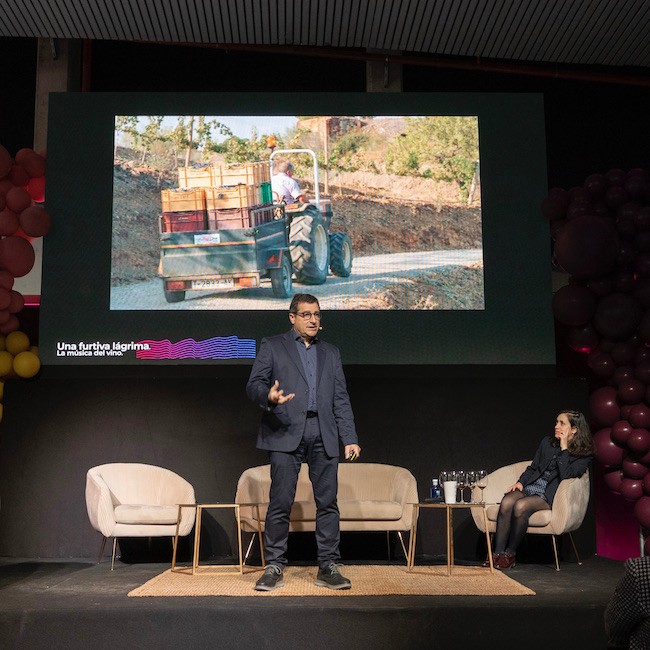 Sense and sensitivity: beauty on the plate

The day was also an opportunity for other great Spanish chefs to make their long-awaited appearance at the conference. This is the case of Ricard Camarena, with two Michelin stars at Ricard Camarena Restaurant (Valencia), who showcased his proposals to combine creativity with the vegetable garden.

Another chef who generates excitements at all of his presentations is Quique Dacosta (three Michelin stars for his restaurant in Denia, Alicante, Valencia region) and who wondered if it's possible to "cook beauty:" gastronomy seen as an aesthetic pleasure.

The event not only looked to the future, but also had an emotional moment when it paid tribute to one of the historic restaurants that closed its doors in 2022: Zuberoa, a classic venue serving modern Basque cuisine that has shared the limelight, over five decades, with names such as Pedro Subijana and Juan Mari Arzak. The legacy of chef Hilario Arbelaitz is already eternal.

No Limits - Creativity Takes Over At Madrid Fusión 2023