The ABCs of Sherry Wines

Ask the average wine drinker to define sherry, and you’ve set an unfair task. Wines from Spain is here to help. Keep reading for a primer on the five styles of dry sherry that form the foundation of Spain’s most famous fortified drink.

Sherry is made exclusively in the Marco de Jerez. This area in south-west Spain is defined by the three towns in which the wines must be aged – Jerez de la Frontera, El Puerto de Santa María and Sanlúcar de Barrameda – as well as the many villages contained within this triangle where grape growing and the production of base wines may take place.

While the criaderas y solera system (see below) used to blend and age sherries over time is perhaps the most definitive element of the wine’s production, there is a slow but important return to placing emphasis on grape origin and the contribution of various pagos (vineyard parcels), which strongly influence how the wines are classified.

Classification and fortification of still wines

The overwhelming majority of dry sherry is made from the white grape Palomino, whose restrained varietal flavors make it the ideal grape, providing a blank canvas on which the solera system of blending and ageing can leave its mark.

Following harvest, Palomino is fermented into a base wine of around 12% alcohol, which is then classified into one of two types:

Once classified, both types of wine are fortified by adding 96% abv neutral grape spirit. Wines to be aged biologically see their alcohol increased to roughly 15.5%, allowing a layer of local yeast called flor to develop on the surface of the wine, which protects it from oxidation. Wines to be aged oxidatively however are fortified to at least 17% abv, which is too toxic for flor to survive, thus exposing the wine to O2. Both styles are aided by the fact that the 600-liter casks in which the wines are stored are only ever five-sixths full, allowing room for the flor yeast to grow in biological-ageing, and for the O2 to interact with the wine in oxidative-ageing.

The term soleras y criaderas describes a system of fractional blending created around two centuries ago with the goal of fusing together different vintages over time to guarantee astounding consistency. This is why we talk about sherry’s average age, not vintage dates.

The system involves cask-aged sherries and is made up of several different scales. It takes its name from the solera cask itself, the one closest to the suelo, (i.e. floor), which contains the wine of the oldest average age. Several times a year, a portion of this wine is bottled for sale. The solera cask is then replenished with wine from the next scale of casks called the first criadera, which contains the same type of wine but of a slightly younger average age. The first criadera is replenished with wine from the second criadera, and so on. The number of criaderas can vary greatly from one winery to the next, reaching as many as 14. The youngest scale is replenished with new wine from the most recent harvest.

Part of the beauty of the system is that many soleras were started in the late 19th and early 20th centuries, and no barrel is ever emptied completely. This means that some of the solera’s oldest wine is always preserved when bottling, bringing tremendous complexity to the final product.

A sherry that has only been aged under a layer of flor yeast is a Fino, unless it’s produced in Sanlúcar de Barrameda where it’s called Manzanilla.

Given the decisive role that flor plays in biologically-aged sherries, yeast derived flavors are prominent, together with notes of almonds, lemons, Mediterranean herbs, apple cider and sea spray.

Finos and Manzanillas are pale-lemon in color and treated as white wines in the Marco de Jerez, consumed either as an aperitif or during the meal with a wide variety of dishes. 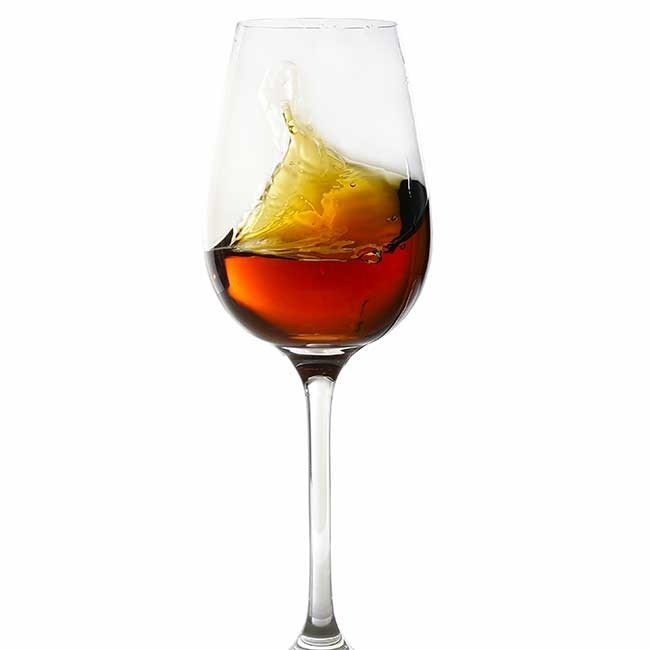 Oloroso sherries are those aged without the protection of flor.  Through a gentle and controlled exposure to oxygen over many years, the resulting wine offers a strong contrast to Fino: brown in color and full in body, with oxidative flavors of toffee, spice, walnuts, caramel, dried apricot and leather.

Its weight and texture are similar to a powerful red wine, and Olorosos are often paired with richer, heavier dishes such as red meat, game and stews.

While Fino and Oloroso make up the original styles of sherry found at opposite extremes, two additional styles exist that benefit from both biological and oxidative ageing: Amontillado and Palo Cortado.

Amontillado sherry starts life as a Fino or Manzanilla, and after spending several years under flor, the wine is refortified to at least 17%, killing the protective layer of yeast and initiating a period of oxidative ageing. The wine turns amber in color and gains slightly in body, while developing oxidative flavors that complement the original yeast derived flavors.

Palo Cortado sherry is a rare and ambiguous style that also begins life under flor, followed by a period of oxidative ageing. While its finesse and aromas resemble that of an Amontillado, Palo Cortado typically spends less time under flor, and therefore retain more of the body, richness and structure of an Oloroso.

Hopefully this primer on one of the world’s greatest fortified wines has sparked your interest. Wines from Spain will be following up this overview with a series of single subject reports that take a deeper look at the individual styles of sherry, so stay tuned.