The Enigmatic Expressions of Palo Cortado

Hello again sherry lovers! Now that you’ve read an overview of sherry production, followed by detailed reports on Fino/Manzanilla, Amontillado, and Oloroso, it’s time to wrap things up with the style that many consider to be the most complex of all, the much lauded and often misunderstood Palo Cortado. 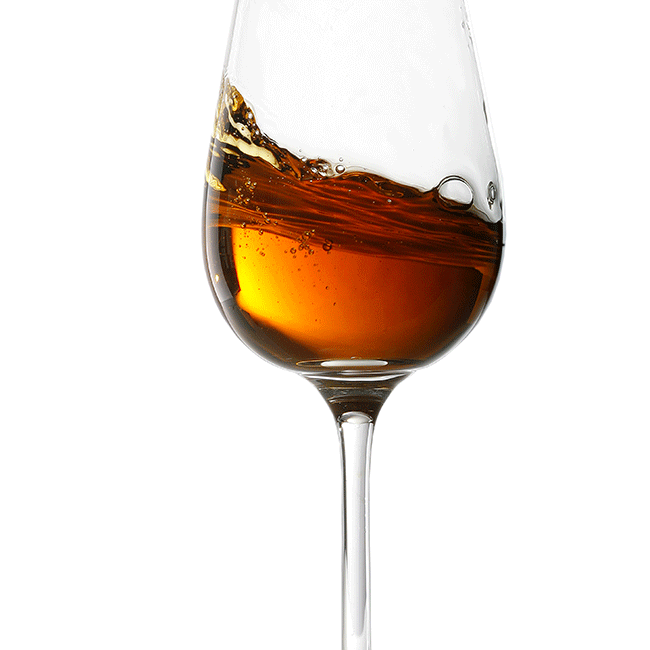 “Palo Cortado is the most ambiguous of all the sherry styles, and the reverence with which it is regarded is undoubtedly fueled by its air of mystery and legend…” write Peter Liem and Jesús Barquín in their book Sherry, Manzanilla & Montilla. It’s true that the alternative dry styles of sherry fall directly into the camp of either biological or oxidative ageing, with Amontillado providing a clean bridge between the two. Yet Palo Cortado enjoys a more elastic identity. Is it a lighter Oloroso? Is it a heavier Amontillado? Did it start as a Fino or Manzanilla, or did it escape life under flor altogether?

Palo Cortado is all none of these and yet it is all of these, officially defined by the Consejo Regulador of the DO Jerez-Xérès-Sherry as a wine that combines the delicate bouquet of an Amontillado with the body and palate of an Oloroso. This addresses wine style but not winemaking, leaving that component open to interpretation (and therefore, debate). Before explaining modern-day production, it’s important to first understand the mystery that surrounded the style at its inception.

As outlined in our article on Oloroso, it was the invention of the solera system in the late 18th century that would allow for the development of the various styles of sherry known today. With time, the production of Fino/Manzanilla, Amontillado, and Oloroso became relatively predictable compared to Palo Cortado, which was considered an accident, although a welcome one at that.

Following the harvest each year, the grapes were pressed and the juice spontaneously fermented in botas (oak casks) thanks to wild yeasts. This is in strong contrast to today’s winemaking, in which commercial yeasts and stainless-steel tanks dominate this first phase. With that in mind, one starts to understand the tremendous variability involved in 19th century winemaking. The cellar master would have had to classify hundreds (sometimes thousands) of casks one by one to determine whether the newly fermented wine would be earmarked for biological or oxidative ageing.

For those wines that showed a certain finesse and delicacy, the cellar master would draw a palo (a stick) that resembles the forward slash on today’s keyboards. The palo indicated a wine appropriate for biological ageing and would therefore have been fortified to around 15% abv. The cask was then left to rest for a period known as sobretabla, during which the aguardiente could slowly integrate before incorporating the wine into a solera system. The all-important flor that gives Fino and Manzanilla sherries their character would start to develop at this point, and here’s where the mystery of Palo Cortado often began.

As the sobretabla period was coming to an end several months later, it became clear that the flor inside many a cask was not developing as it should. This exposed the wine to O2, resulting in characteristics more typical of an oxidative style of sherry. No longer suitable for biological ageing, these casks were reclassified, and a horizontal line was drawn through the original palo, thus having “cut” the first line in two, for which the Spanish word is cortado. The cask was re-fortified to at least 17% abv and redirected to a Palo Cortado solera, to spend its life ageing oxidatively.

But why was the veil of flor lost one might ask? As explained by César Saldaña, the General Manager of the Consejo Regulador, the production process was far from standardized and a host of variables would have come in to play. Starting in the vineyard, the number of grape varieties prior to phylloxera was much larger compared to today’s monoculture of Palomino. These grapes would have had noticeably different ripening cycles, resulting in varying levels of sugar at harvest and therefore distinct levels of alcohol following fermentation.

In the winery, the various measurements for each cask would have also been subject to minor inconsistencies. Examples include the amount of grape must used to fill each cask prior to fermentation, resulting in irregular amounts of oxygen. The amount of aguardiente used for fortification, as well as its corresponding proof, would have also varied slightly and since abv levels of the base wine within each cask were inconsistent, the goal of fortifying to 15% was like trying to hit a moving target.

Why is all this important? As explained in our article on biological sherries, flor is extremely sensitive and can quickly dissipate in an environment with too much alcohol or too little oxygen. Given all of the above factors, it’s easy to see why this accidental style of sherry occurred rather frequently in the past. 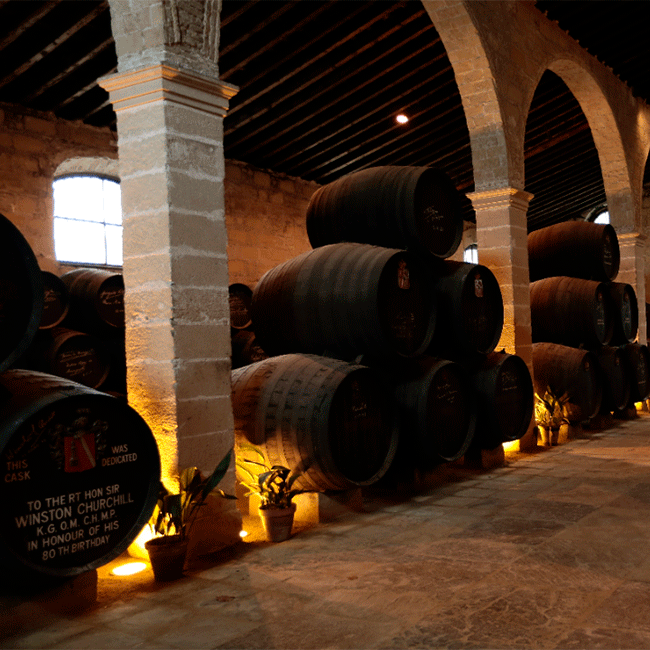 Today, annual production of Palo Cortado is the smallest of all the dry sherry styles and represents less than 1% of total sales (around 106,000 liters in 2019), half of which are sold in Spain. Although almost every winery makes a Palo Cortado, there are no big-volume commercial brands in this category, and quality is universally high across the board.

This would be impossible if production was left to chance as in the past. Thanks to modernization in both the vineyard and the winery, two particular aspects are commonly used today to make Palo Cortado. The first is to start with the same delicate free-run juice preferred for biologically aged wines, as opposed to the heavier, slightly phenolic press juice reserved for Olorosos. This key difference between Palo Cortado and Oloroso is most easily observed on the palate, with Palo Cortados showing a greater sense of finesse and lightness. Secondly, modern Palo Cortado spends little time ageing under flor, providing the key distinction between it and Amontillado. The latter’s infancy under flor results in an almost complete loss of glycerin, which produces a more angular, vertical wine without the roundness of an Oloroso. By contrast, Palo Cortado retains that glycerin, whose silkiness and faintly sweet taste – heightened by the concentration obtained via oxidative ageing – serve to complement the original elegance and delicacy of the base wine. The outcome is a wine of great textural complexity that offers muscle without weight.

As for the “typical” style of Palo Cortado, it can vary wildly given the loose definition of both production methods and organoleptic character. Common flavors include dried apricots, caramelized roasted nuts, dried citrus peel, cedar, leather, tobacco and even cheese rind. Aside from these descriptors, some wines offer an unmistakable yeasty quality due to extensive ageing under flor like Emilio Hidalgo’s Marqués de Rodil, while others such as Lustau’s Peninsula have an overtly rich mouthfeel more akin to an Oloroso. Most styles are dry, yet notable exceptions include González Byass’s Apóstoles VORS, whose 13% of Pedro Ximénez adds a lavish touch and notes of fig, raisin, and dates to this medium-dry wine.