The designation of origin's commitment to organic production is clear: a win-win situation that allows them to protect the planet and attract a new consumer profile.

Spain believes in organic production. The country leads the world ranking for organic vineyard areas producing wine, accounting for 26.88% of the total according to data from the Ministry of Agriculture, Fisheries and Food. One of the DOs where this commitment is the staunchest is Cava, the great Spanish sparkling wine. Organic cava production increased by 245% in the last 5 years, from 4 million bottles in 2016 to 13.8 million in 2020. In 2020, organic cava already accounted for 6.4% of the total volume. There are some wineries whose production already has full organic certification, while others are still in the transition process.

"Organic certification is not only a great challenge for the more than 300 producers in the cava sector, but it's also a big commitment for all of them, and a rigorous focus on quality," according to the DO's regulatory board. By 2025, all cavas in the Guarda Superior category—the DO's highest quality classification—will have to be 100% organic, following European regulations. This category includes Reserva cavas (minimum of 18 months of aging), Gran Reserva (minimum of 30 months of aging) and Paraje Calificado cavas (made with grapes from a special area and with a minimum of 36 months of aging). "In 2025, these cavas will be made with practices and techniques inspired by nature, maintaining the natural production cycle without altering the ecosystem, through strict care in cultivation and soil management by winegrowers and winemaking companies, enhancing the natural properties of different varieties and the area's characteristics, avoiding more invasive agricultural practices such as the use of pesticides, chemicals, etc. The vineyards in this category are highly selective and must be at least ten years old," added the DO. 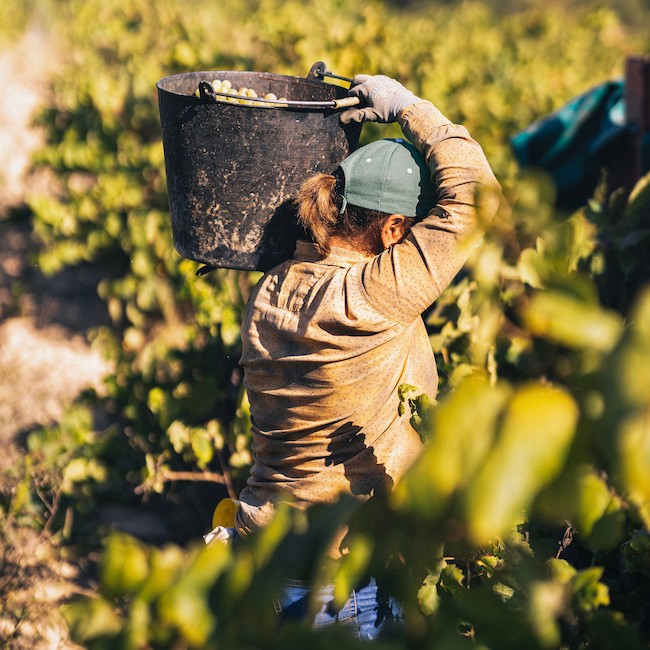 The regulatory council considers this objective to be "a very attractive challenge," possibly due to the Spanish climate, which is dry and, therefore, has reduced exposure to pests and diseases and requires fewer intensive treatments to avoid losses. "Additionally, organic production contributes to environmental protection and rural development, allowing designations of origin like ours to structure our territories," it added.

The goal for all Guarda Superior cavas to be organic aims to protect the territory and promote social economies, and also to adapt to a new consumer profile. "Consumers, both national and international, are increasingly interested in environmental conservation and want brands to create environmentally-conscious products," says the DO. However, the regulatory board maintains that cava already has "the most demanding regulation in the world among quality DO sparkling wines made using the traditional method. If you also consider the fact that the product guarantees the area's environmental preservation and the future of the sector for generations to come, then yes, it is undoubtedly an indication of higher quality."

One of DO Cava's mantras is that "sustainability is paramount." Accordingly, the battery of initiatives to be as environmentally-friendly as possible is extremely broad and includes measures such as installing photovoltaic panels for solar energy, chilling cavas, using bees for pollination during flowering, and committing to green pruning to promote aeration and prevent diseases. 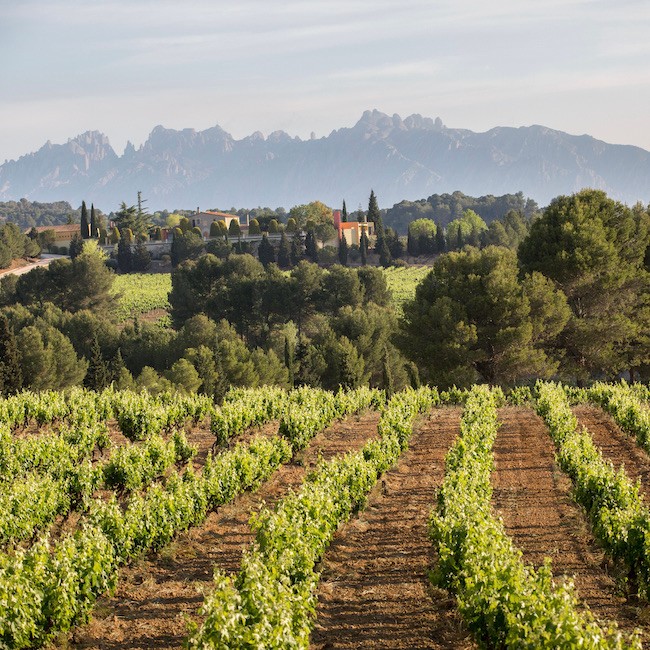 There are also other smaller measures in place such as reducing the weight of cava bottles to save on transport, improving energy efficiency, reducing water consumption throughout the process, using recycled raw materials, managing waste... "All of these are also practices used by many of our wineries to reduce their carbon footprint."

One of the most interesting projects within the DO is Variedades Resistentes y Autóctonas Adaptadas al Cambio Climático (VRIAACC), through which we grow indigenous varieties that are resistant to climate change in an experimental vineyard. "We grow varieties such as Xarel-lo, Macabeo, Parellada, Tempranillo and Garnacha with the aim of investigating their resistance to pests such as powdery mildew and downy mildew in order to reduce the use of copper and sulfur in the vineyard. The reduction of treatments would also mean less greenhouse emissions, less compaction, and less waste," they explain.

One of the wineries that has embarked on this path—and there seems to be no turning back—is Juvé & Camps. "We are certain that great wines can only be obtained from well-tended vineyards. To that end, we have always opted for viticulture that is very respectful of the environment and based on low yields to ensure the most authentic expression of each variety in the terroir where it develops best," says Meritxell Juvé, CEO of Juvé & Camps. In 2010, this family winery implemented integrated farming, which allowed it to transition quickly to organic farming. "Obtaining organic certification in 2015 was one of the most important milestones in our history, recognition of a job well done," she says. 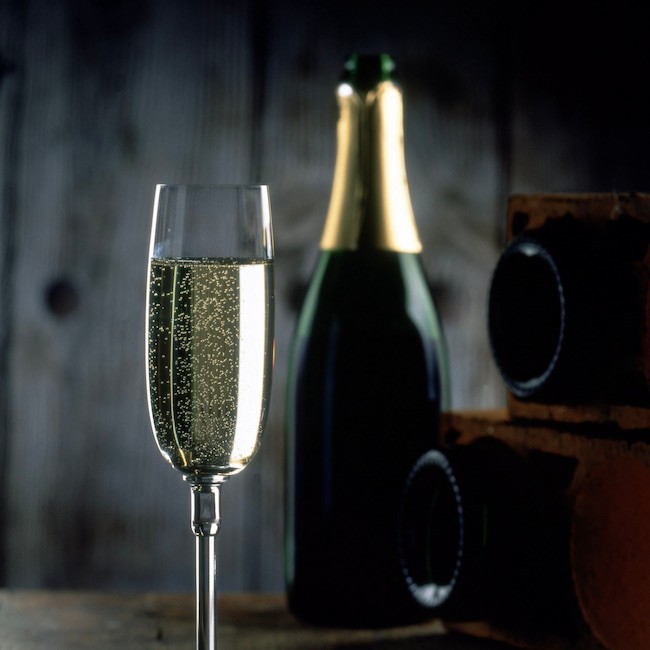 All Juvé & Camps cavas produced since the 2015 harvest are organic. "The wines are made with grapes harvested by hand on the property, allowing for meticulous quality control of the raw material and contributing to environmental balance," says Juvé, who believes that respect for nature is "vital" to achieve great sparkling wines that reflect "the deep varietal, climatic and orographic richness of the land where they grew, as well as good viticultural and enological know-how."

This transition to organic farming also has its challenges: "We had to adapt more to the crop's growth stages, better understand our vineyard in each zone, and undergo a 3-year conversion period to be able to certify for organic production," says Juvé. The change also involved an increase in costs since organic production is more labor intensive and involves higher risk in the event of weather phenomena, although the climate in the Catalan region of Penedès is conducive to this type of agriculture. But all of these issues take a backseat for Meritxell Juvé when she sees the result in the form of "healthy, balanced and high-quality grapes that allow for the production of prestigious organic cavas.”

A “natural process” of adaptation to modern times

In many cases, the organic seal simply recognizes the way something was done. That's what happened at Bodegas Montesquius, which celebrated its 100th anniversary in 2018. One year earlier, in 2017, they obtained organic certification: "From the very beginning, we have been committed to nature and the environment to continue maintaining our ancestral viticulture, which is rigorous, artisanal and in which we work respectfully," explains Pere Nin, the winery's owner and technical director. "Adapting to a completely organic process was very natural. Obtaining organic certification simply confirmed that our process meets all the requirements," he adds. 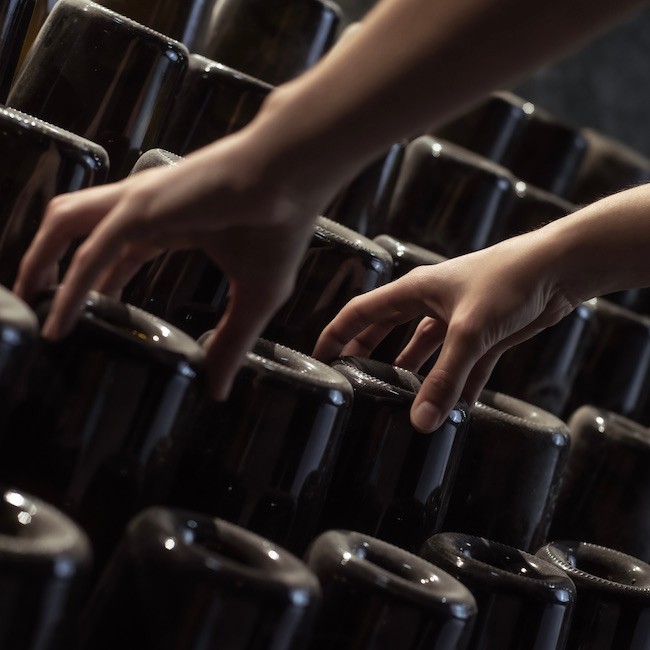 Montesquius is especially aware of the importance of the organic seal for consumers. "It's a guarantee that the product has been made in line with best environmental practices, together with a high level of biodiversity and preservation of natural resources. And for us, the packaging is just as important. The bottle has a cork label printed with organic ink and a natural cork stopper." This winery believes that, at present, there is "great demand for these wines" because "more and more people are choosing a healthier, natural and environmentally-friendly lifestyle." A new path, looking towards the future, that DO Cava hopes to follow, hand-in-hand with consumers.

A Look At Glorious Galicia’s Albariño

The Wine Country of Two Seas Atlantic and Mediterranean