Spanish cheeses are some of the finest in the world. This is particularly true when talking about the many excellent raw-milk cheeses that are produced in this country using natural rennets and traditional, artisan techniques.

Many of these cheeses have Protected Denominations of Origin status, guaranteeing the authenticity of regional cheese-making techniques, ingredients and longstanding traditions. Raw ewe’s milk cheeses like those from PDO Idiazabal, PDO Torta del Casar, PDO Queso Zamorano and the “artisanal” PDO Manchego cheeses (other Manchego cheeses may be made with pasteurized milk) are revered by cheese lovers all over the world, along with raw-milk Spanish cheeses made with cow’s or goat’s milk, or those that can be a mixture of all three kinds like PDO Cabrales. Sometimes these Spanish raw-milk cheeses represent very minimal production volumes from small, artisanal cheese makers, or they might hail from more consolidated, large-format operations. Whichever the case, all raw-milk cheeses from Spain embody a dedication to natural products, meticulous quality standards and an emphasis on sustainability.

In international circles, one of the best places to get a first-hand look at these cheeses is at the “Cheese“ Festival in Bra Italy, which is held every two years by the city in conjunction with the Slow Food movement. The 12th edition of this event, which is the world’s biggest gathering dedicated entirely to raw-milk cheeses, will take place this September, welcoming farmers, cheese makers, cheese mongers and cheese lovers to this Piedmontese town, which is also the home base of Slow Food’s international headquarters. As with other editions, this year’s fair will be an all-out celebration of natural cheeses, many of which are a living tribute to age-old traditions. But for those of us around the world that can’t make it to this event, nor try these excellent Spanish cheeses in their places of origin, there is still hope. Many of these products can now be found in shops around the globe, making it easier than ever to get a taste of delicious Spanish raw-milk cheeses wherever you are. To get you started, here are three not-to-be-missed Spanish raw milk cheese producers that have an important export presence around the globe.

Madrileños will undoubtedly be familiar with the cheeses of Rubén Valbuena, a cheese maker from Valladolid who returned to his family’s village with the goal of carrying out the entire production chain, from the sheep’s grazing to the transformation of the milk, cheese making process and sale of the cheese. The result of this mission, Granja Cantagrullas, was born in 2011, and Rubén’s selection of raw milk cheeses soon began to revolutionize taste buds with new creations—fresh raw goat's milk cheese anyone?—the likes of which had never been seen before. Not only did his cheeses quickly catch the eye of Spanish Michelin-starred chefs, but he also went on to open a store dedicated to the sale of almost exclusively Spanish raw milk cheeses in the center of Madrid, as well as a bar for cheese lovers.

Sound too good to be true? It gets better, Granja Catagrullas cheeses are exported to countries like the UK, France, Italy, Germany, the USA and other markets, and his cheese-related education projects have extended into Africa and South America. Now that’s great cheese! 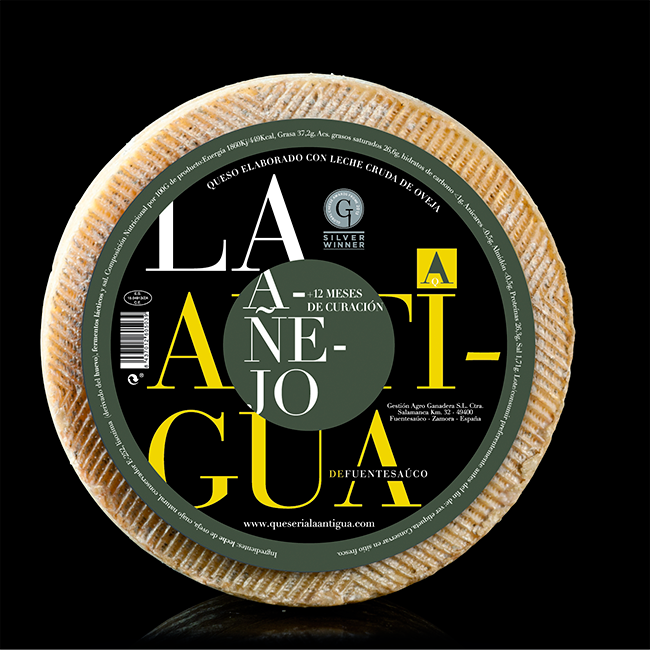 Located in the town of Fuentesaúco, Zamora (Castile-León), Quesería La Antigua de Fuentesaúco technically makes only one product: raw (unpasteurized) sheep’s milk cheese of the highest quality. However, this statement does little to capture the real scope of this Spanish company’s products, which are currently classified into various product lines featuring cheeses made with different types of sheep’s milk, varying aging times or techniques, and a range of different formats. So, not only does this company make raw sheep’s milk cheese, it masters it, using experience and tradition to create a staggering variety of magnificent artisanal cheeses that exemplify age-old cheese making techniques in innovative products that are conquering the world with their quality.

The cheeses were first exported to Holland, Belgium, the United Kingdom and Russia, followed by France, Austria, Germany, the Ukraine, Puerto Rico, Romania and the United States, among others, with new markets still opening in Europe and South America. They are also popular among Spanish and international chefs and, once you taste them, you’ll understand why. 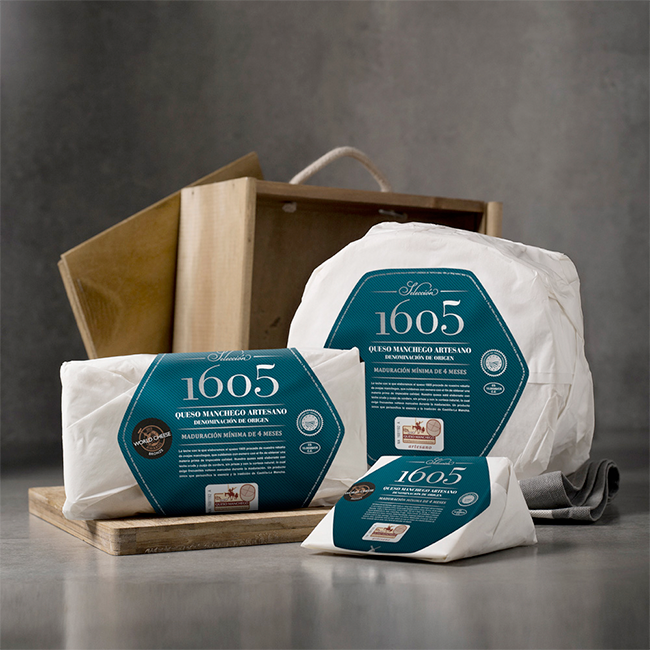 There seem to be few international cheese recognitions that Quesería 1605 has not won. One of the most rewarding was undoubtedly appearing on the New York Magazine list of the “World’s 50 Best Cheeses 2015” in the United States—the only Spanish cheese to make the list.

Made with raw Manchego-breed ewe’s milk from the company’s own herd, Quesería 1605 offers various lines of DO Manchego products. The more classic, Selección 1605 line, has three cheeses ranging from four to ten months aging time. The company’s innovative Sierra la Solana cheese is an un-pressed cheese with a molded rind and only two months’ maturation, yielding a soft and creamy consistency. For its part, the line of two complex and elegant Herencia 1605 cheeses have been aged for either seven or ten months; artisanal cheeses that have international cheese lovers clamoring for more!

Qava, The Corner of Madrid Where Everything Tastes Like Spanish Cheese