José Luis Martín, one of the country’s great cheese experts, offers an exhaustive tour of this type of cheese, of which Spain has true gems.

The history or discovery of blue cheese is due to chance, as is the case with other great cheeses. Legend has it that a farmer left a piece of cheese in a cave. When he returned weeks later, he found that the cheese had changed its internal color from a yellowish-white to an intense greenish-blue. The rind had been invaded by mold and the aroma and taste were very intense. Perhaps this oversight led to the birth of blue cheese, one of the most popular cheeses among fans of this delicacy.

Legends aside, the real reason that blue cheese acquires these qualities is attributable to several factors: cool temperatures, the high level of humidity in the cave, and ongoing aeration there. The Penicillium roqueforti and Penicillium glaucum molds are behind the intense, penetrating smell and the spicy taste that characterize these cheeses. Spain is a true paradise for blue cheese aficionados.

The traditional blue cheeses: the beginning of it

The Picos de Europa mountain range (which straddles the provinces of León and Asturias) is the natural territory par excellence for these cheeses. The limestone caves and their high humidity favor the development of Penicillium inside the cheese, together with the air currents, known locally as soplaos or soplados. They drive the proliferation of the Penicillium fungus on the walls of the caves and spread the spores of the fungus in a natural way. There's Cabrales, with an intense, penetrating and enveloping aroma, and Picón Bejes-Tresviso, with an intense, clean and somewhat penetrating aroma. Both have a PDO and, together with Valdeón, which is somewhat intense and has animal and fermentative notes as well as a PGI, form the trilogy of blue cheeses in that area, together with La Peral cheese, created more than 60 years ago in Illas, Asturias, which is somewhat acidic and salty and slightly spicy. Gamoneu, or Gamonedo, cheese may or may not have small streaks of Penicillium. It has a moist smell mixed with animal and lactic aromas.

From Asturias, we'll travel to Catalonia to learn more about Blau D' Osona cheese. A family-run cheese factory in the Barcelona municipality of Centelles, right on the edge of Montseny natural park, Blau D' Osona was the first blue cheese made in Catalonia. Made with raw cow's milk from its own herd, it has very limited production and is sold mainly in Catalonia. This cheese is characterized by its creaminess and smoothness, although it quickly evolves into strong flavors. 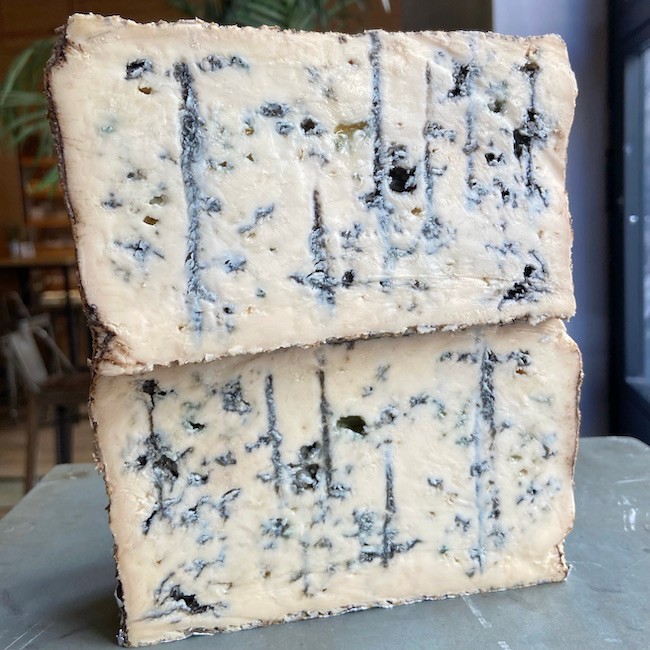 Blue and modern: cheeses to die for

The technological improvement and professionalization of the sector in the last three decades has led some experienced and very creative cheesemakers to leave their own personal mark on their cheeses, developing new concepts vis-à-vis the refining and ripening processes. Today, blue cheeses are produced in most of Spain's regions and they’re starting to be present in specialized stores and be tasted in certain caliber restaurants.

Galicia is home to one of the best and most awarded blue cheeses of recent times: the blue cheese Savel, made with raw milk from grazing Jersey cows. It's produced in the town of Chantada, in the province of Lugo, in a small cheese factory that takes its name from a medieval troubadour: Airas Moniz. Its intense yellow color when it's cut, dotted with bluish veins, is a pleasure to behold. Its creaminess and smoothness, together with notes of butter and sweet cookies, offer a range of sensory nuances that are hard to forget.

Another well-known cheese is Lara & Sara, from the cheesemaker known as Prestes. It's made from 100% Galician cow and goat's milk. It's a mild flavored cheese, with slightly spicy notes and a hint of bitterness when the Penicillium is well developed.

Asturias is the great cheese region of Europe. In addition to its traditional blue cheeses, it's also home to others that have been making a name for themselves both regionally and nationally. Picón Picurriellu cheese is made in the artisan cheese factory of the same name. It's made from raw milk from cows and goats. It's very buttery and has a pronounced aftertaste. 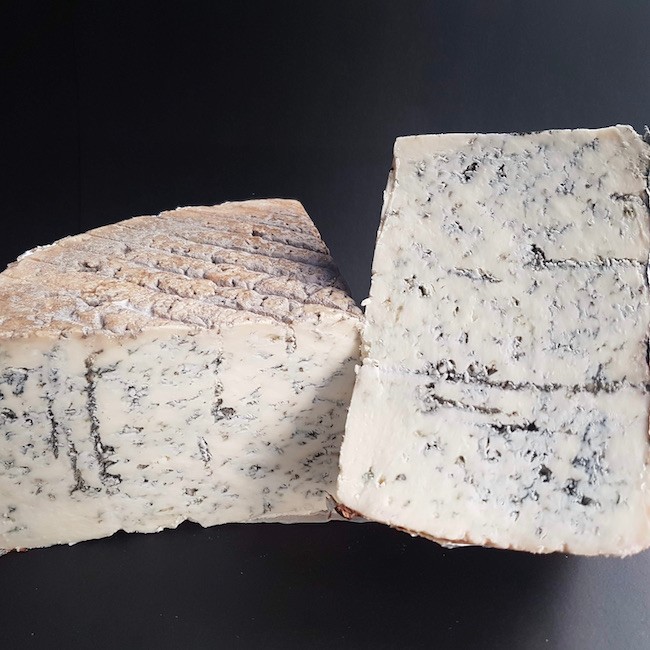 At the artisan cheese factory El Cabriteru, in the town of Arenas de Cabrales, three types of blue cheese are made: Cabriteru Oveja, Cabriteru Cabra, and Cabriteru Mezcla. These are unique, unmistakable mountain cheeses made exclusively with raw sheep and/or goat's milk from their own herd.

Tres Leches de Pría is a mixed cheese, made by Quesería Inés Granda with pasteurized cow, sheep and goat's milk. It has a smoky flavor and is a very soft and easy-to-eat cheese.

Quesos Villasán is a new project that makes Riforque, Las Arenas, and Tresmil with a different format, texture, and maturation. They always use raw milk from their own herd.

Last on the list is the recently created Mamá Marisa, made by Quesería Rey Silo and named after the mother of chef José Andrés, a partner in the cheese factory. Inspired by the technology used to make Stilton, the English cheese, it's a large-format cheese weighing around 8 kg. It's made with raw cow's milk and matured in an underground cellar built for this purpose. It's very creamy and unctuous on the palate, with many subtle flavors.

In Catalonia, we have two cheeses that are very well known due to the national and international awards they've received. Quesos Muntanyola makes the artisan cheese Muntanyola Blau de Búfala. Its creaminess is unmistakable and its flavor reminds us of wood, of a wet cave, with the characteristic blue touch. 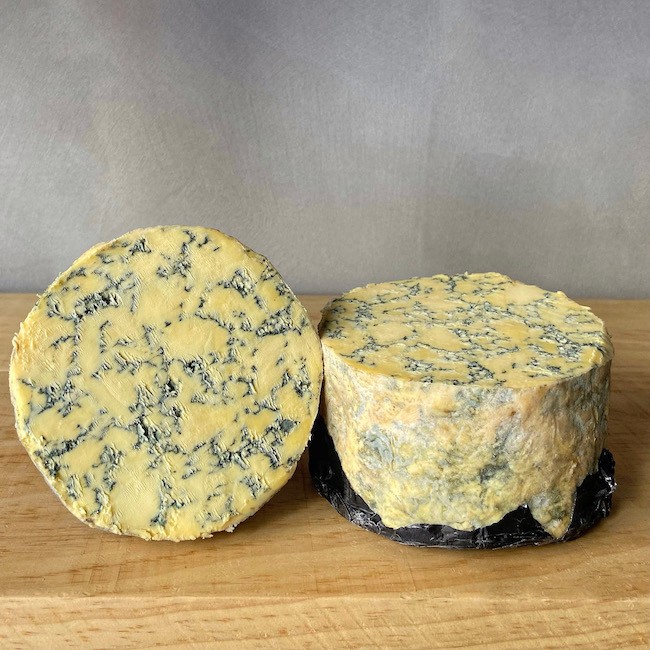 Fortmatges Reixagó is located on La Finca Reixagó, an agricultural and livestock farm, near the Olost Reservoir, in the Osona region, 100 km from Barcelona. Its Blau de Jutglar blue cheese is made exclusively with raw milk produced by the farm's own cows. It's a soft and creamy cheese with a hint of nuts and butter.

The land of sheep, Castile-León, is the largest producer of sheep's milk and this is reflected in its three blue cheeses, made with that milk. And blue cheese from the artisan cheese factory Los Payuelos is made with pasteurized sheep's milk in Tierra de Campos (León). It's a large cheese (8 kg) with a great creaminess and very elegant and balanced flavors.

In Castile-La Mancha we have two cheeses. The first is Mazuelo, made in the Montes de Toledo mountain range by Quesería de La Jara with raw goat's milk from its own herd. It's a powerful cheese on the nose and in the mouth with a slightly saline and nutty aftertaste. Cándido is the name of Quesos La Torre's blue cheese made in Albacete with raw milk from Manchegan sheep.

Murcia has two award-winning blue cheeses that are widely available in the best grocery stores. Roano Azul is made from raw goat's milk made at the artisan cheese factory El Roano. It's a very delicate cheese with a great creaminess, which makes it exquisite on the palate.

Quesos Ruperto is a cheese factory in the town of San Javier with its own Lacaune sheep. Its blue cheese, Ruperto, is reminiscent of Stilton and is made with raw milk.

In Extremadura, Lácteos de Granadilla produces Granazul, a powerful cheese made with raw goat's milk. It's a large format cheese and is suitable for strong palates. 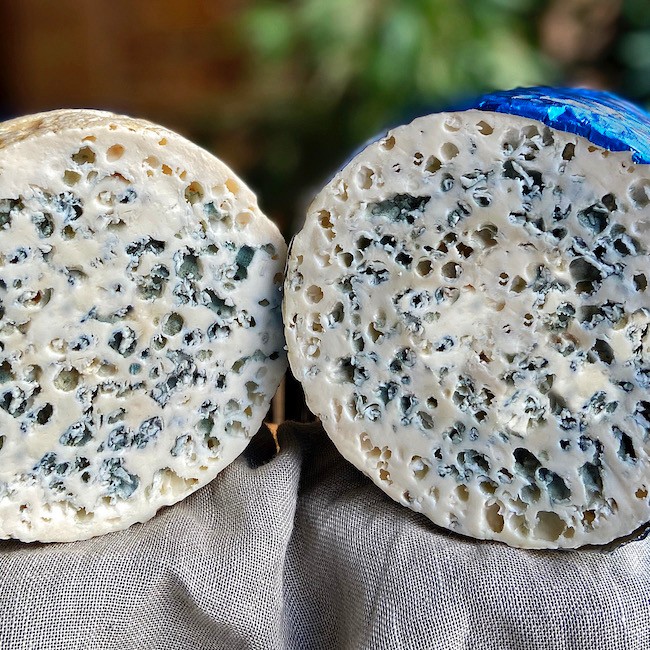 The first blue cheese from Andalusia is Andazul, inspired by Stilton technology and made at the cheese factory of the same name in Cádiz. It's made with pasteurized Payoya goat's milk. It's very elegant in the mouth when young and has little Penicillium. As it matures, the cheese becomes more complex and its flavor more intense.

Bucarito Azul is another Andalusian goat cheese that is gaining recognition and prestige. It's made by Quesos El Bucarito in the town of Rota, in Cadiz, with goats from their own herd, fed on their own pastures. It has a very elegant presentation and a format of about 4 kg, and it's a cheese with an intense flavor and very aromatic goat-like notes.

The Balearic Islands join this wave of blue cheeses with Cala Blau Sa Canova, made by Lacto Industrial Menorquina on the island of Menorca with pasteurized cow's milk from its own farm. With a mild flavor and creamy texture, it melts very well in the mouth and its spiciness is quite subtle and elegant.

Choosing the perfect blue cheese depends on a person's personal preferences, but there are some guidelines that should be observed when shopping. For blue cheeses, the paste should have a white-ivory color with hollows or blue-green veins evenly distributed throughout it. But the best thing to do is to taste a cheese before buying it. After that, the only thing left is to enjoy it.