Chatting with Chef Jeff Weiss, author of Charcuteria - The Soul of Spain, we discover the secrets of Jamón Ibérico, Pata Negra and why its umami flavor has made it King of cured hams.

Author of Charcuteria- The Soul of Spain, and competitor in the World Paella Day Cup 2022, Chef Jeff Weiss is a cut above the rest, when it comes to jamón ibérico and Spanish gastronomy. We spoke to him about the unique umami flavor that makes Pata Negra so famous.

Spanish foodies may have already seen him on the Food Network and the Cooking Channel. Jeff Weiss’ culinary career has catapulted since working under Chef José Andrés in Washington DC. It was there that he won an ICEX scholarship in Spain, to learn the traditions of curing pork and the ritual of la matanza. It was a culinary adventure that took him to Extremadura, Toledo and beyond, and would provide future inspiration for his prized restaurant Valencian Gold, located in Las Vegas, Nevada. His book on Spanish charcuterie, he explains, was “one of the first books to showcase the culture that I experienced. It was more about the professionals than anything else”. So what do we need to know about Pata Negra Jamón Ibérico, Spanish's black footed pig?

First, let’s get to know this Ibérico swine. Native to the Spanish peninsula, it’s a large, black-haired pig, whose defining features are its ebony hooves - bringing about the popular name of Pata Negra. The cured ham it produces, is soft-textured - not fibrous - and with a dark scarlet color. Also known as Jamón Ibérico, part of the secret lies in the taste - they are happy, free-range pigs, farmed in Spain’s ancient oak pastures and raised on a diet of acorns and grass. As the pigs exercise to seek out the acorns, the resulting infiltration of healthy fats (monounsaturated fats similar to those found in olive oil) give Pata Negra its unrivaled nutty flavor and delicate texture. Indeed, only 100% pure Iberian pigs can produce Jamón Ibérico Pata Negra, and the ham itself undergoes a curing process that can take around 36 to 48 months on average. Now how’s that for dedication?! So exclusive is this process, that there are only four DO protected areas in Spain that produce Pata Negra, namely Salamanca and the town of Guijuelo in the West, Valle de Los Pedroches in the East, and Extremadura in the South.

“You can make good ham from any leg of a pig in any country” says Jeff, “but the Jamón Ibérico Pata Negra - the famous black-hoofed pig from Spain - stands for a higher quality and demarcation, this is the best cured ham the world”. To understand why, we need to look at its umami flavor. 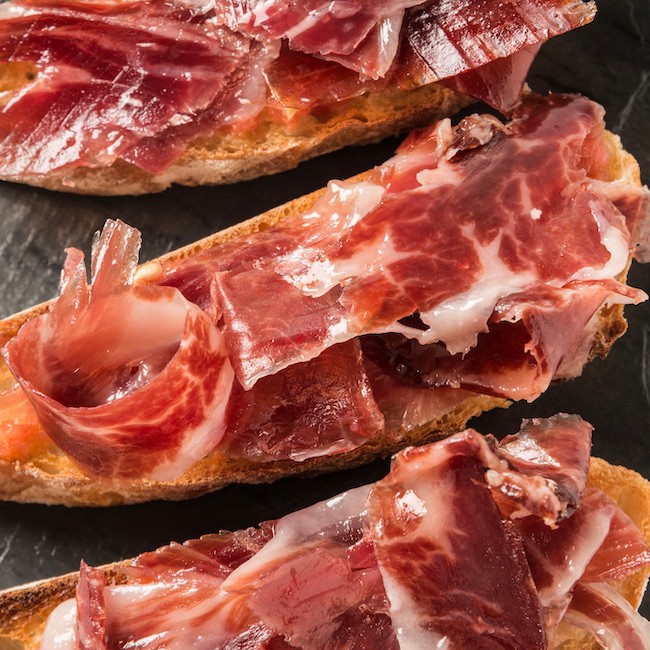 Discovered as the fifth taste by Japanese scientists in the last century, umami is recognized as a savory flavor with its own distinct profile - it doesn’t fall into salty, sweet, bitter or sour categories. Weiss continues “it can be hard to describe a flavor sometimes. Umami - which translates as “deliciousness” - is a savory, meaty quality. It comes down to the glutamates and amino acids - these make food taste super delicious. Anything that is aged for a long time - another example would be Manchego cheese - allows for the natural development of glutamate”.

And where can we find this umami flavor in other Spanish products?
“For example, anchovies from Cantabria and mushrooms. There are chefs working creatively with seaweed in their menus, as it contains high levels of glutamate. Also, cooked young tomatoes create lycopene, this is a key umami flavor when making the sofrito base for a paella.” Not to mention the saffron! Weiss’ extensive training in paellas - “the term Valencian Gold comes from learning to make paella with the maestros” - has given him keen insight into perfecting umami. When asked what is the chef’s favorite dish in which he uses Pata Negra jamón ibérico, he is quick to reply - “Habas - broad beans - with jamón ibérico and chopped fresh mint. Although I can’t think of a better thing than just slicing it up on a plate, served with a side of pan con tomate.” Around the world, Michelin-starred restaurants are using this haute cuisine product in creative ways on their menus. Take, for example, Adler restaurant in Switzerland, with its Pata Negra polenta bramata with fennel and orange. Meanwhile, back on home turf, Weiss’ own Valencian Gold is serving up shrimp in XO sherry and jamón Ibérico sauce. 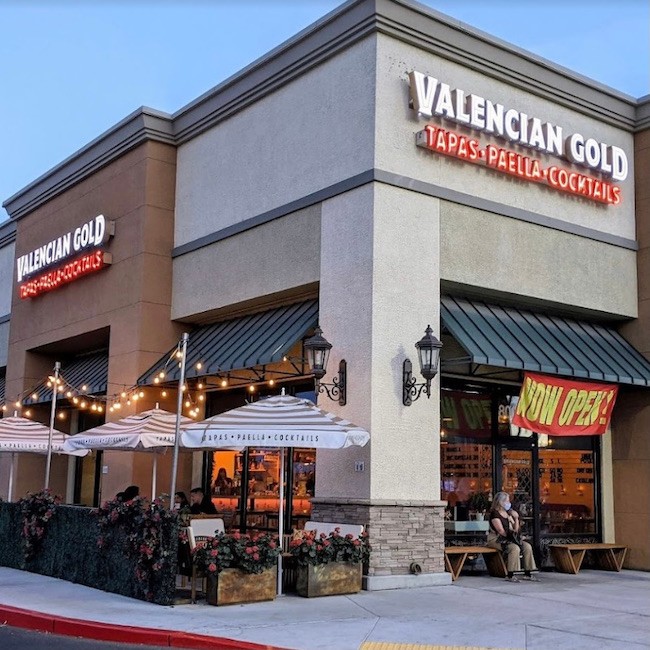 Given we’re all about foods and wines from Spain, we must finish with a wine pairing recommendation from Jeff for our next plate of Jamón Ibérico Pata Negra. “During my ICEX tour, we visited Jerez and the sherry tasting rooms. If you want to enhance the umami flavor of the jamón Ibérico, sherry is the best possible pairing. I’d recommend the higher quality Pata Negra with the least sweet sherries - Fino or Amontillado sherries pair effortlessly with jamón ibérico.” Indeed, the chef has his pairing of the same on his restaurant menu, with three types of Pata Negra paired with three sherries. Another classic Pata Negra pairing that is hugely popular in Spain is during aperitivo hour and drinks before dinner. The bubbles, toasty notes and mellow acidity in a glass of Reserva or Gran Reserva Cava strike the perfect balance with the full, unctuous mouthfeel of the jamón ibérico, while refreshing the palate.

One thing is for sure, the versatility of the world-class Jamón Ibérico Pata Negra from Spain makes it an inspirational - and healthy - umami treat coming soon to our very next party platter!