Traditional natural and sparkling Spanish cider is reinventing itself with new categories such as ice cider, cider made with apples from a specific area, and even 0.0% alcohol cider.

If you walk along Gascona Street in Oviedo or up the Cuesta del Cholo in Gijón, it's easy to find someone pouring cider. The practice of pouring cider from a bottle into a glass from a certain height has been part of the Asturias region's gastronomic culture since time immemorial. In this case, it's natural cider made without filtering and intended for consumption in a local area. In fact, there's a myth about this drink, suggesting that it spoiled on its way through the Puerto de Pajares mountain pass on the way to the neighboring region of Castile-León.

However, not all Spanish cider is produced in Asturias, and not all of it is natural. In Spain, national cider production amounted to 949,000 hectoliters between 2015 and 2020, according to data from the European Cider and Fruit Wine Association. A significant part of production is sparkling cider, which is carbonated as a result of its own fermentation. Its bubbly character has made it a classic at celebrations in many Latin American countries, thanks to the traditional ties between the Americas and Spain.

However, the existence of two possibilities, natural cider versus sparkling cider, has expanded in recent years with the appearance of new options: table cider, intended to be enjoyed as if it were a still wine; canned ciders, which can be consumed anywhere and at any time; and prestigious ice ciders, which have become one of the main beverages in haute cuisine restaurants. The cider scene is, therefore, very much alive, and there are plenty of new products that are consumed not only in Spain, but also in many other countries. 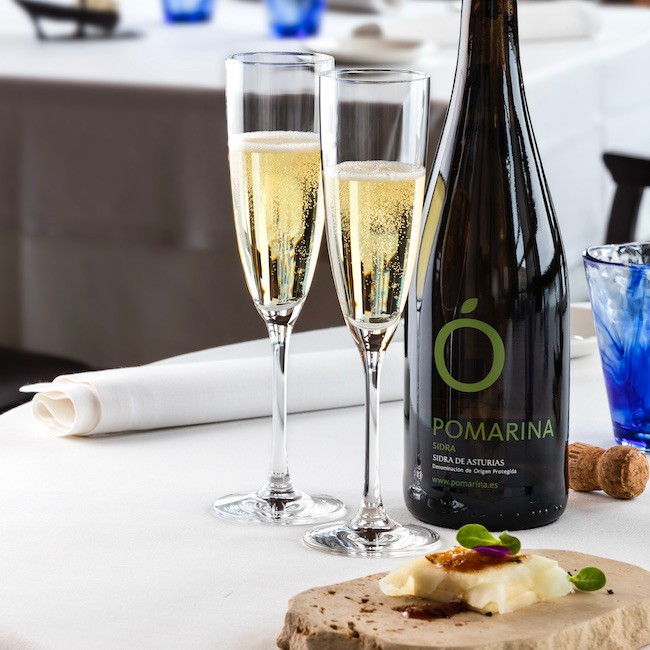 One person that's definitely in the know when it comes to the cider market is María Cardín, Commercial and Marketing Director of El Gaitero Group, founded in 1890. With such a long history in the cider market—sparkling cider, in their case—at the end of the 1990s, they started to look for new products. "We like to do a lot of testing before launching a product," Cardín explains. The result was the creation of the brand Pomarina, which turns 10 years old in 2022. They launched Pomarina Brut, as well as a more complex natural cider with Sidra de Asturias PDO certification 20 years ago. Both are designed to be enjoyed in a white wine glass and to be paired with food. It was a radical shift in a sector that had been stagnant for some time. "There has been more innovation in the cider industry in the last 25 years than in the previous 100," says Cardín.

Since then, Pomarina has won numerous awards, among them the Silver Medal for Brut Cider in the Naturally Sparkling category (more specifically, in the Bottle Fermented subcategory) at the 2021 International Cider Challenge.

Although Asturias is the region that produces 80% of the cider in Spain, the other major cider producing region, the Basque Country, should also be mentioned. The history of cider consumption there is very different from that of Asturias. Although there's an important tradition that dates back to the 12th century, the powerful industry that emerged in the Basque Country at the beginning of the 20th century "led to the abandonment of rural areas and, therefore, the cultivation of apple trees, with the result that cider went into decline," explains Jon Zapiain, part of the third generation of one of the leading Basque cider brands.

The ongoing efforts by his grandfather in the 60s, his father in the 80s, and the current generation have gone hand-in-hand with other efforts of an renewed industry that's now booming more than ever. This has led to a notable increase in the variety of ciders available. One example of this is their ice cider, which "has been a perfect fit at restaurants in the luxury hospitality segment." It's also produced by El Gaitero Group under the 1898 brand.

At Zapiain, they're also experimenting with de paraje cider, a category that would be the equivalent of vinos de pago, or estate wines, characterized by the use of raw materials from a very specific area. "It's a product that arose from reflection. In many areas of the Basque Country, making cider is extremely expensive: apple trees are located on slopes, and that helps us enhance the value of a specific landscape. We compare it to the heroic viticulture practiced in inaccessible terrain in Galicia and Asturias," says Zapiain. 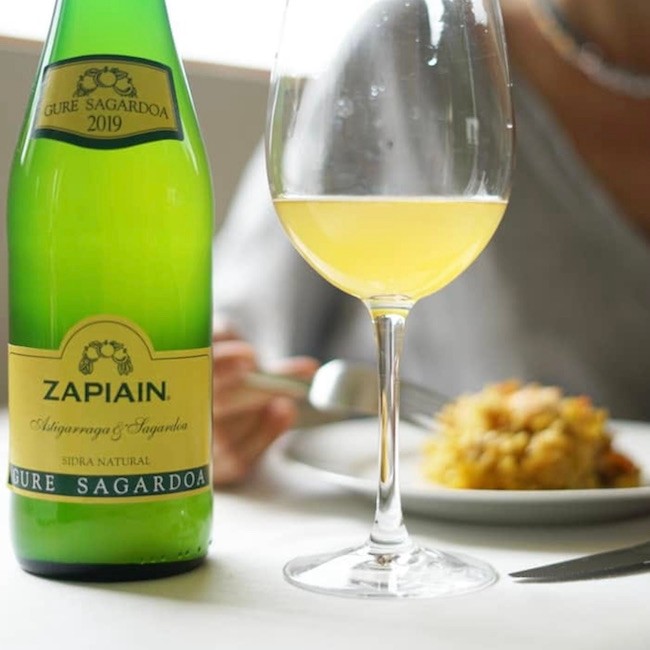 El Gaitero Group is also working on another line of products for which the most important aspect is that they’re easy to drink. One example is their "ciders," which are natural cider mixed with fruit juice. Its Spring Cider is aimed at consumers who looking for options that are easier to drink and still high quality.

This centuries-old Asturian company recognizes that there's also a segment of the market looking for drinks with a low alcohol content, or which are alcohol free. "Alcohol-free ciders are an important step in adapting to a new consumer profile," Cardín acknowledges. For her, this is one of the main trends in a sector that's also looking for a "premium and natural" beverage. They have always exported their products to Latin America, which is their main market, and in recent years exports have increased from 15% to 20%. Zapiain also notes that between 5 and 10% of its production heads abroad. "We've had a very good year in the United States. We also have a presence in Japan, where our premium cider is doing very well, and of course in Europe."

Jon Zapiain's desire to renew and shake up the sector is also evident. They've created drinks in collaboration with Basqueland brewery, which has been distinguished on several occasions at the Barcelona Beer Challenge as the best in the world, but this young cider entrepreneur firmly believes that the future lies in cans. He recognizes that selling cider in cans requires going all out in terms of design: "We have a project that is very advanced which responds to consumer demand and is a challenge because it involves a new line of products." A leap into the future for a sector which, despite having advanced so much to date, still has a lot of scope for growth.