In total, Spanish wines received 9 Grand Gold, 344 Gold and 278 Silver medals, not to mention other Best of Show distinctions. 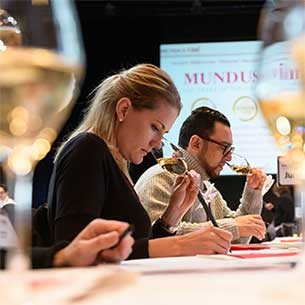 The 26th edition of the Grand International Wine Award MUNDUS VINI showcased some of the best wines from all over the world. At the end of the spring tasting there were 43 Grand Gold winners, 1,546 Gold winners and 1,406 Silver medals. During the six-day tasting, more than 250 wine experts from over 50 countries sampled around 7,500 wines.

Without a doubt, the most successful winery in Spain was González Byass, which took home an impressive 13 medals: 1 Grand Gold, 10 Gold and 2 Silver. In terms of regions, La Rioja was the big winner, collecting 137 distinctions, 3 of then Grand Gold. It was followed by Castile-La Mancha, with 124 medals, and Castile-León, with 1 Grand Gold.